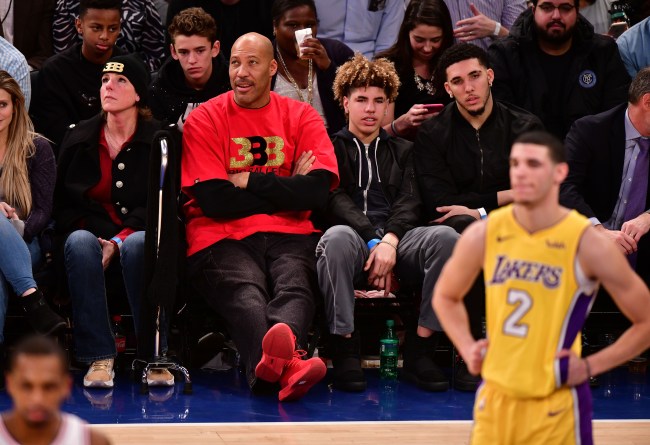 Late last week we learned that Lonzo Ball had been swindled for $1.5 million by his father’s friend Alan Foster in an explosive ESPN report.

Apparently Lonzo had no idea Foster had a criminal past and may be blaming his father for failing to check his longtime friend.

In 2002, Foster was sentenced to more than seven years in prison after pleading guilty to one count of mail fraud and two counts of money laundering as part of a scheme that defrauded 70 investors of $4 million, according to federal court records obtained by ESPN. Foster was also ordered to pay $3.7 million in restitution to victims.

Lonzo said he had not been aware of that history and that he would check into the matter. Multiple sources close to the Balls told ESPN that Lonzo soon after began asking those close to him questions about Foster’s past and also began to revisit the allegations made by Lukanga.

Sources close to the Ball family told ESPN that Lonzo expressed his concerns about Foster to his father several times over the past few months but deferred to LaVar to manage the situation.

It wasn’t until this week, the same sources said, that LaVar fully reviewed the email warnings and documents from Lukanga, as he had been traveling overseas with his younger sons in the fall. The sources described LaVar as “stunned” when the emails and documents were read to him. LaVar declined comment but issued a statement to ESPN calling the situation “devastating.”

Last night, Lonzo posted a cryptic tweet where he hinted on leaving Big Baller Brand and becoming his own man.

He then deleted every picture featuring LaVar Ball and Big Baller Brand from his IG.

Lonzo Ball has deleted every picture of BBB and of Lavar Ball on his IG. He also changed his profile picture on IG and Twitter to a baby picture of him wearing Nike👀😳