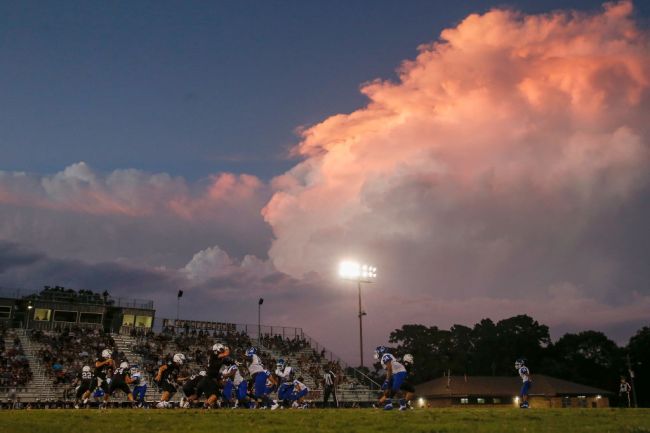 Sideline props have become all of the rage in recent years. From turnover chains, to belts, backpacks and even trash cans, college and high school teams across the country each have something unique.

However, one Texas high school was way ahead of the curve.

For more than 20 years, a tank has roamed the sidelines of Waco Connally High School… Just not a literal tank.

The school, which is nicknamed “the Cadets,” is a 4A school in Lakeview, about 15 minutes outside of Waco. Its cheer team wears fatigues and each time that Connally finds the end zone, a miniature military vehicle emerges from behind the end zone.

Just when I thought I’d seen it all in #txhsfb…

The tank is really just a lawnmower that has been manufactured and modified over the years but it looks incredibly realistic. It is equipped with lights, a long-nosed barrel and even a camouflage paint job.

It really can’t get more Texas. Except it can.

Inside the tank is a fire extinguisher. A long time ago, the tank was driving down the sideline and caught on fire, so now Connally has to take extra precaution.

Nobody does high school football bigger than Texas. This sideline touchdown tank is just the perfect example.