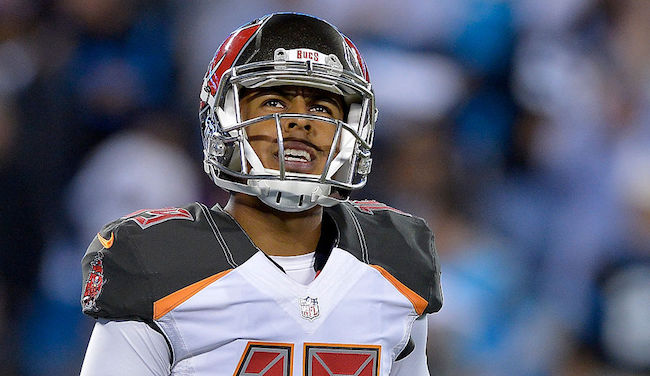 The Los Angeles Chargers managed to end their inaugural season in their a new city with a fairly respectable 9-7 record despite having to deal with a home-field disadvantage in close to every game. Their on-field performance was aided in no part by their absolutely dismal kicking game, as the former San Diegans only managed to make 66.7% of their field goals over the course of the year (more than five percentage points less than the second-worst team in the league).

It was obvious the Chargers would have to make an offseason move in order to get themselves out of the kicking basement, but it appears their front office is doing their best Cleveland Browns impression based on the report they’re hoping to find their savior in the form of infamously awful kicker Roberto Aguayo.

Aguyao was an impressive kicker while and Florida State, but basically everyone was surprised when the Tampa Bay Buccaneers decided to draft him in the second round of the 2016 draft. He thanked them by having a dismal preseason and finishing with the worst field goal percentage in the league that year. He continued to struggle heading into the 2017 season and was ultimately released by the team— a moment that was documented on HBO’s Hard Knocks.

The Chicago Bears decided to give him a second chance and then subsequently decided they’d made a huge mistake, but it appears the Chargers see something in Aguayo besides a broken shell of a man.

If there is a bright side here, it’s that Aguayo will only have to worry about embarrassing himself in front of about 25,000 fans when playing at the StubHub Center (the Chargers trailed the Bengals for the lowest average attendance in the league by almost 30,000).

That’s about all I’ve got as far as the spin zone is concerned.