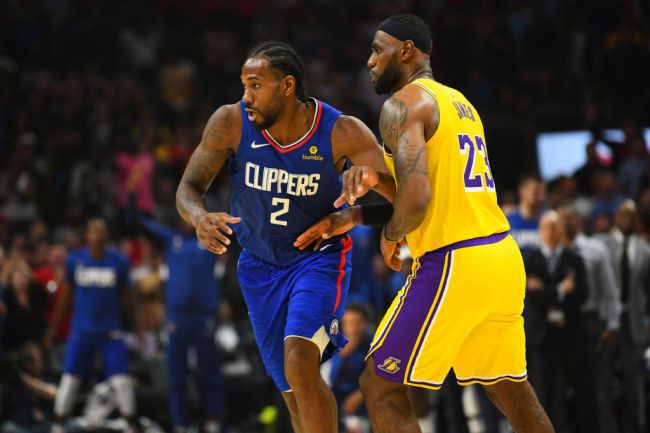 Quite possibly a little bit of a hot take there on the title but as a Los Angeles resident, I can not begin to tell you what the buzz in the city is like knowing we may be getting a Clippers vs. Lakers Western Conference Finals. With the Lakers up 2-1 over a Houston Rockets team that has no true big man and has shown no signs of being able to stop this Lakers team in the paint, and the Clippers taking care of business against Denver with a 3-1 series lead, it looks like we are going to have fireworks here in LA.

From the moment Kawhi Leonard signed with the Clippers in the 2019 offseason the entire league knew that Los Angeles may be the center of an all-out war in the Western Conference Finals.

It is a rivalry that many have not been able to consider a true rivalry with the Clippers’ inability to be able to give themselves a real title shot. But with a stacked roster that has maybe the most depth in the league, the Clippers are a serious title contender and a team that some believe is the favorite to win the whole thing.

However, on the other end of the spectrum, LeBron James is still jumping through the roof and besides his receding hairline, is showing no signs that he’s not actually over the age of 30 with how good he is playing. There is a buzz in the air in the city that is undeniable. Nothing would be better for Los Angeles and the NBA than to see these two powerhouses go at it. It is the calm before the storm as the entire league awaits to see what could truly end up being one of the most entertaining series we have ever seen.