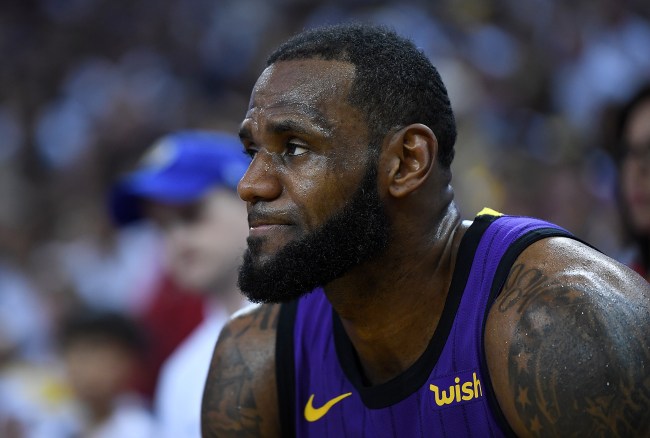 The Los Angeles Lakers have had one of the most pathetic seasons ever for the iconic franchise. Don’t get me wrong, there have been other years where the team has looked more lost than they do this year — where they’re currently 31-40 and have gone just 4-15 since February 1, the second-worst in the NBA — but with the expectations sky high after signing LeBron James last summer, this Lakers team has to go down as one of the most disappointing ever.

With the Lakers having had their fair share of ups, downs and lowest points, someone on the Internet wanted to remind us of all the memories in a unique way. Enter “One Shining Moment,” the popular tune that’s played following the NCAA Tournament’s national championship every year, where a culmination of highlights from March Madness are put together to recap the joys, and pitfalls, of the tourney. And, since this year’s NCAA Tournament tips off today, enjoy the Lakers’ version of “One Shining Moment,” which perfectly encapsulates the true sh*ttiness of this horrid team.

From LeBron James’ Lakers trendy shorts while watching a Summer League game, to Michael Beasley trying to enter a game with the wrong shorts to, of course, all the airballs, missed shots and defensive lapses, this Los Angeles Lakers’ spoof sums up how bad the team has been all season long. And for hoops fans who love to see the team lose — like, well, everyone outside of Laker Land — this is the perfect way to laugh at the team.

On the bright side, at least L.A.’s got killer weather and celebs to keep an eye out for at every turn, so Los Angeles Lakers fans have that to keep them busy during this year’s NBA Playoffs — because they’ll have a good amount of time on their hands with this team missing out on the postseason again.