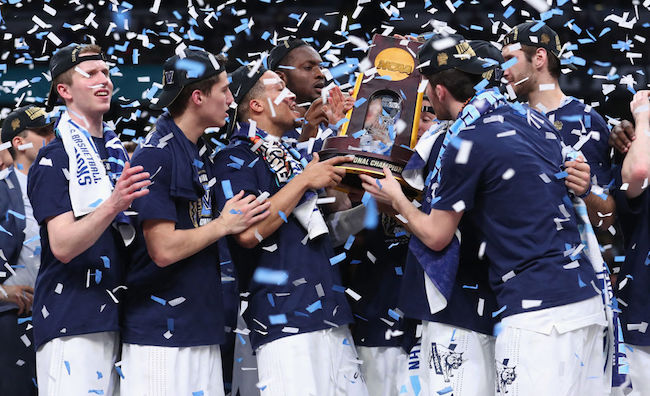 On Monday night, Villanova took home its second men’s basketball championship in the past three years after absolutely dominating Michigan to coast to a 79-62 victory in a game that was essentially over before the half and all but ended after a couple of threes by Wildcats hero Donte DiVincenzo that put a stop to a late-game run by the Wolverines. DiVincenzo got Milkshake Ducked almost immediately after the game ended thanks to some questionable tweets from a few years ago, making me incredibly glad Twitter wasn’t a thing when I was in high school. With that said, it didn’t put much of a damper on the celebration.

The post-game festivities included all of the confetti and net-cutting you’ve come to expect, but everyone knows March Madness isn’t officially over until we get the pièce de résistance: the “One Shining Moment” video, an annual tradition that documents the highs (and some of the related lows) of the tournament. Every year, players hope they made a play that made the cut, and they found out if their prayers had been answered when the video dropped after the game.

To borrow a phrase from Saturday Night Live’s Stefon, this video has EVERYTHING: band geeks, mascots punching themselves in the head, the schadenfreude pure anguish of a recently defeated foe, and a number of great highlights recapping one of the more chaotic tournaments in recent memory.