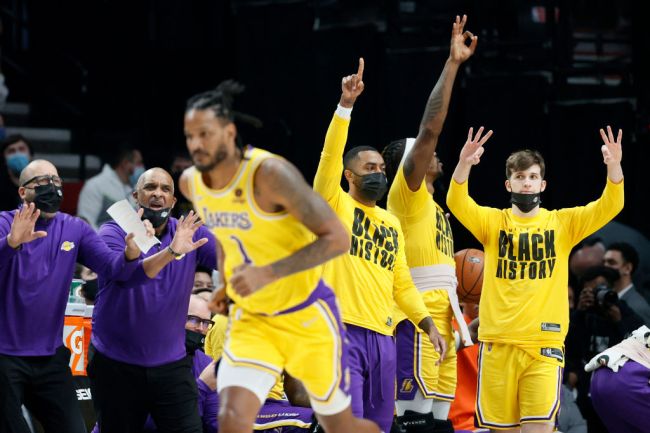 The Los Angeles Lakers desperately need some help. Their team that was supposed to help them lift their second trophy in three years is currently 4 games under .500. Anthony Davis is hurt again. Russell Westbrook is being benched at the end of games. LeBron James doesn’t think they can be as good as the Milwaukee Bucks.

All indications tell us he’s absolutely right. Right now, it seems like the only hope the Lakers have is making a blockbuster trade to save their season. A report from NBA writer Michael Scotto says the Lakers have been pursuing such a trade.

Sources: The Lakers, Knicks and Raptors have discussed a 3-team trade.

I don’t know if Cam Reddish and Alec Burks are exactly the pieces to save the Lakers this season, but it’s probably the best the Lakers will be able to do this season. They don’t have many viable assets to offer up at the deadline right now. Burks and Reddish would least be useful pieces for this team if they can get their stars to click.

The real winner of this deal would probably be the New York Knicks. Their head coach reportedly didn’t even want Cam Reddish and with this move they’d likely be able to recoup at least the pick they already gave up for him.

It seems unlikely this trade would thrust the Lakers into title contention, but they need to do whatever they can at the deadline to give themselves a shot.