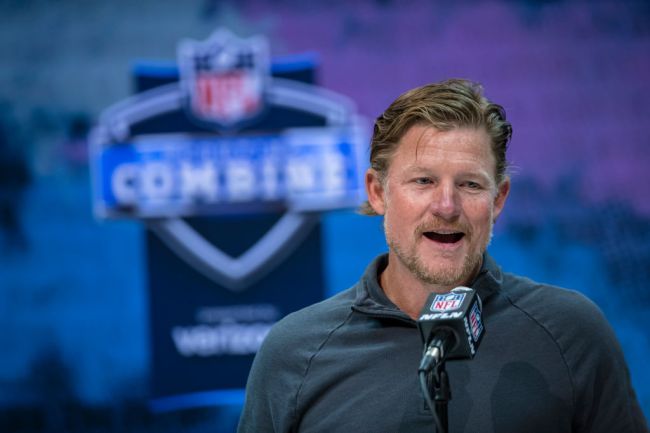 The Los Angeles Rams have developed quite the reputation in recent years for not holding draft picks in the highest regard. It’s a reputation that even their GM has steered into with the shirt he wore at the team’s Super Bowl celebration.

The Rams haven’t made a first round draft pick since they used the number 1 overall pick to tale Jared Goff in 2016. This year, the team didn’t make a pick until Day 2 was almost over. The Rams also came into today knowing that they wouldn’t make another 1st round pick until 2024.

After having so much success this season with their approach to draft picks, it appears that the Rams don’t have any plans of changing.

According to Ian Rapoport, the Rams are going to be trading a future pick to the Cleveland Browns in exchange for cornerback Troy Hill.

It’s a future pick going to the #Browns for Hill, who of course played for the #Rams for 6 seasons. https://t.co/RPkMylMGjO

It’s not the player many were expecting to hear about the Browns trading today, but now Hill will get to return to the LA Rams. Hill spent 5 years with the Rams before heading to Cleveland last season.

During his first stint with the Rams, Troy Hill racked up 7 interceptions, 2 of which he returned for touchdowns. He also added 212 tackles during that time. Now he’ll once again line up across from Jalen Ramsey in the role vacated by Darious Williams when he signed with the Jaguars.

This isn’t the type of blockbuster move fans have become accustomed to seeing from the LA Rams, but it is yet another draft pick trade that nets them a veteran who should contribute next season.