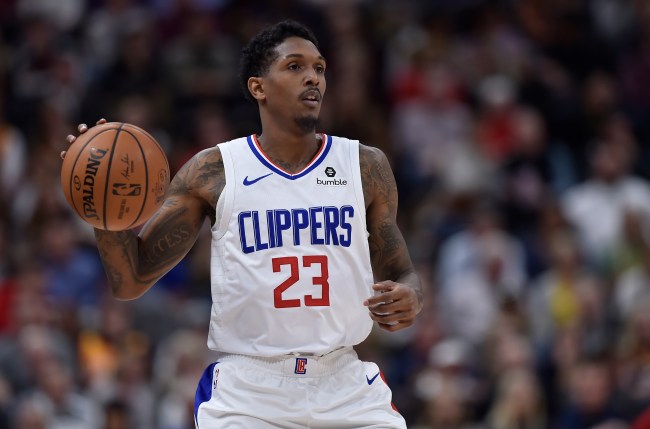 Lou Williams is the best sixth-man in the NBA, and is destined to win the Sixth Man of the Year Award for the third time in his career and second-time in as many seasons. After coming to the NBA out of high school all the way back in 2005, the sharpshooter has experienced his fair share of ups and downs, including going from the NBA’s Developmental League (now the G-League) to bouncing around to different teams.

As much as Lou Williams has experienced in his basketball life, though, he’s always seemed to stay positive and inspirational for others. And that reputation and random acts of kindness that the guard puts on display may have actually saved his life years ago.

That’s because Williams was once held up at gunpoint by a robber at a traffic light back in 2011 in Philadelphia while still playing for the Sixers. Lou Williams didn’t only talk the gunman out of robbing him, but because the NBA player was recognized as being such a good guy in the community, the potential thief even got a lift to a McDonald’s for food and a conversation with the basketball player.

The story is pretty unreal — and one that’s resurfacing because broadcaster Mike Breen referenced it during Sunday’s Clippers-Knicks game. Here’s how Breen described it during the telecast.

While Mike Breen’s version was slightly off, Bleacher Report’s Taylor Rooks, who hosts a new show called “Take it There With Taylor Rooks”, tweeted out the version that Lou Williams told her on her podcast two years ago. Here’s the in-depth story from Williams himself.

Great story being circulated about Lou Williams almost being robbed at gunpoint. A story that really displays the respect he has in many cities. I asked him exactly what happened about 2 years ago on my podcast. Here’s what he said. pic.twitter.com/rdenEynmM4

That’s absolutely incredible, inspiring and unreal all at once. If it weren’t for Lou Williams being such a public figure in helping his community, there’s a good chance things would have gone very differently for him that night. Instead, he talked the gunman out of a bad spot and then showed him sympathy by just talking about things over some fast food. Pretty awesome stuff.