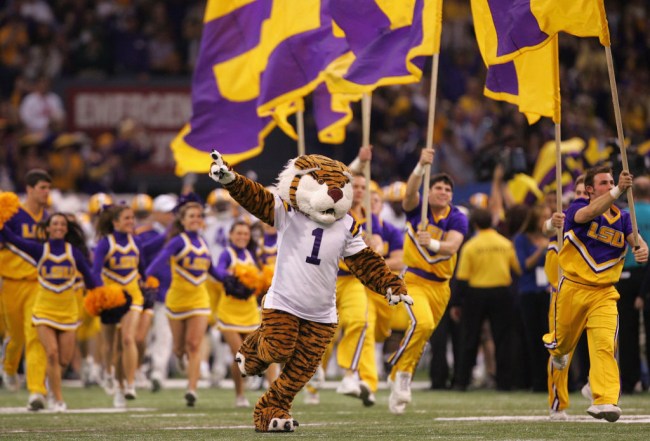 If you ever find yourself traversing a college campus, there’s a very good chance you’ll come across at least a couple of students with clipboards or iPads in hand who will do everything in their power to make eye contact with you no matter how hard you try to avert your gaze in pursuit of a signature to support whatever cause they think is admirable enough to justify inconveniencing total strangers.

With that said, there are some issues that are objectively more commendable than others, especially if whoever stands to gain from whatever cause is being championed will immediately reap the benefits if enough people contribute their John Hancock.

As you likely know, LSU will attempt to cap off a stellar season when it takes on Clemson in the College Football Playoff National Championship game that’s slated to take place on Monday night, which presents a bit of a problem for students in Baton Rouge who will have to get through their first day of classes before they can start pregaming.

As a result, a petition started to make the rounds earlier this week imploring the school’s president to delay the start of the semester until next Wednesday to allow students to turn their full attention to the game and use Tuesday to recover after they spend the night drinking copious amounts of booze to either celebrate winning or numb the pain of losing.

On Tuesday, a spokesperson for the university said there were no plans to cancel classes but it appears the Board of Supervisors had a change of heart, as the news broke on Friday that the start of the semester will indeed be pushed back a couple of days.

Official: Classes are canceled Monday and Tuesday at LSU’s flagship campus in Baton Rouge. The university will remain open. More details to come.