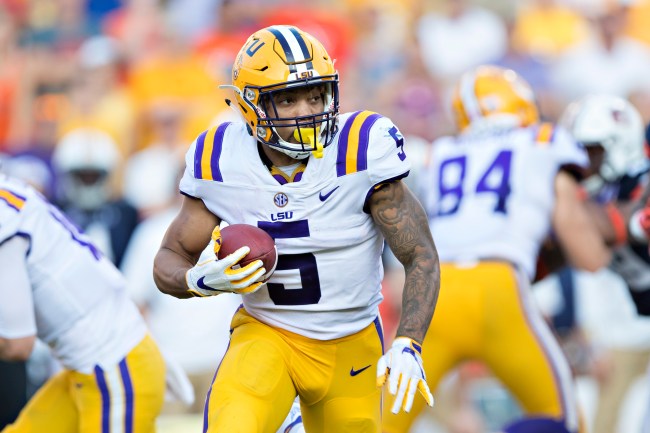 LSU is mounting up a defense against the awful sexual harassment allegations made against Derrius Guice while he was at the school.

Last month it was reported that a 70-year-old female security guard had accused the former LSU running back of making lewd comments towards her at a high school football game back in 2017.

Before Derrius Guice played his final game at #LSU (the Citrus Bowl after the 2017 season), he sexually harassed a 70-year-old attendant during a HS championship game.

It was reported to university. "Guice was never put thru
the University’s disciplinary process," report says. pic.twitter.com/5RiOH9FOBo

“At 3:30 pm she was sitting on a chair at her post when Derrius Guice and several other men approached her. He began saying that he ‘likes older women’ and asked if she would have sex with him. She was shocked and told him that was not funny. He continued to gesture at his private area and grab himself in front of her saying that ‘older women are my thing’ and that they could just ‘go off and do it’ somewhere. She told him that she is a grandmother and 70 years old and that he shouldn’t talk to people that way. The other men began to laugh. She tried to tell him how disgusting it was that he would treat her that way but he kept talking about sex as he got into an elevator and left.

“She reported to her supervisor and that person called the Coach at LSU. He said that Derrius was probably just kidding around and that Derrius came from a broken home. She said that she did not care and that he should be punished for his behavior. She said that he did it with such ease that she felt like he had done this before. The coach asked what she wanted, ‘an apology?’ She told him that she wanted Derrius to sit out from a game — the bowl game. He dismissed her and no one has returned her call or done anything.”

LSU is now responding to the woman’s allegations by claiming she tried to extort the school for $100k. The University says they provided local police with evidence about the alleged extortion attempt.

#LSU made available to @SINow & other outlets texts/recordings of a rep for Gloria Scott, who alleged sexual misconduct from Derrius Guice in 2017, showing she attempted to extort the situation for money.

The school presented evidence of the extortion to #LSU Police in 2017. pic.twitter.com/HJ22V98d4u 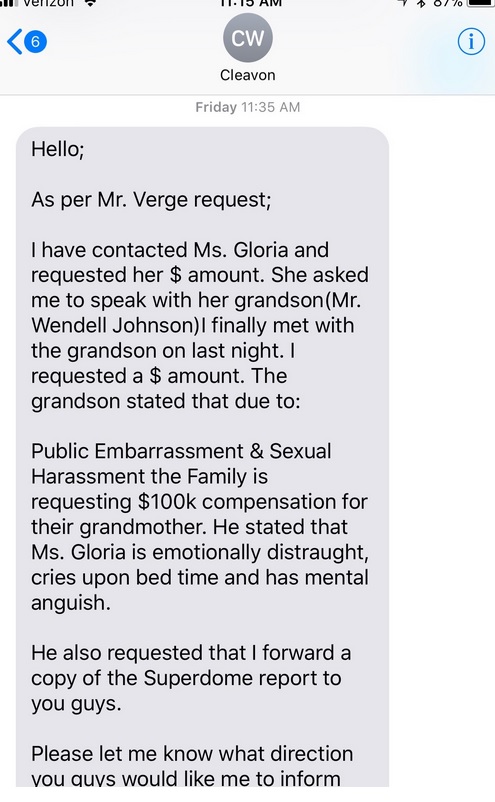 #LSU coach Ed Orgeron has been asked to appear before a Louisiana Senate committee over the matter. The committee heard from Scott last week.

Orgeron soon plans to send a letter to the committee, sources tell @SINow, and he is not expected to appear before the committee.