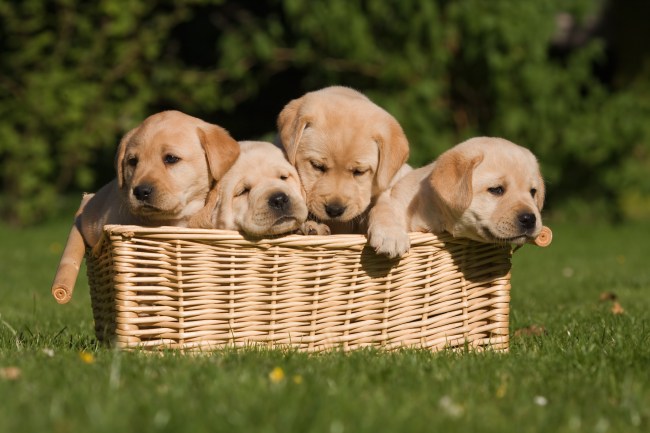 Former LSU offensive lineman lost his leg in Mississippi last month after he was shot in a freak hunting accident. His friend and hunting partner says the blame sits squarely with a Labrador Retriever named Tito who accidentally fired the gun.

If this all sounds familiar it’s because this was kind of a subplot in NBC’s 30 Rock. In Season 2, Jack Donaghy started dating Democratic congresswoman Celeste Cunningham (CC) played by Edie Falco. She says she got into politics when her neighbor’s dog shot her in the face on accident with a hunting rifle.

Within the show (30 Rock), there was even a Lifetime movie made about it titled ‘A Dog Took My Face And Gave Me A Better Face To Change The World: The Celeste Cunningham Story’.

But this is real life. And according to ESPN, this ex-LSU OL Matt Branch lost his leg after Tito the Lab stepped on the safety and then fired the gun that was sitting in the bed of his pickup truck. Here’s what Micah Heckford, friend of Matt Branch, had to say about the incident:

Heckford said a Labrador retriever named Tito jumped onto the truck bed, stepped on the safety of Branch’s shotgun and pulled the trigger. Heckford said the 12-gauge shotgun shell fired through the side of the truck and hit Branch’s left thigh.

“The gun shot,” Heckford told the newspaper. “Everybody looked up. The first thing I saw was Matt, and within two to three seconds, he realized he was hit.”

The group scrambled to get Branch medical treatment. When firefighters were tending to Branch, Heckford said he saw the extent of the damage.

“I think that’s when it hit me how serious it was,” Heckford told The Clarion Ledger. “It was at that point in time I realized how much he had bled. His pants were just soaked in blood.”

Branch has since had the leg amputated and is expected to recover, though he remains in intensive care, according to Heckford. (via)

It remains to be seen if Matt Branch will follow the Celeste Cunningham path and pursue a life of politics after this incident.

This sounds like a pretty horrifying and traumatic event for everyone involved, not least of which the dog who accidentally shot his best friend in the leg and probably had no idea why everyone was screaming and panicking.

For more on this story you can click here to read the full report on ESPN.