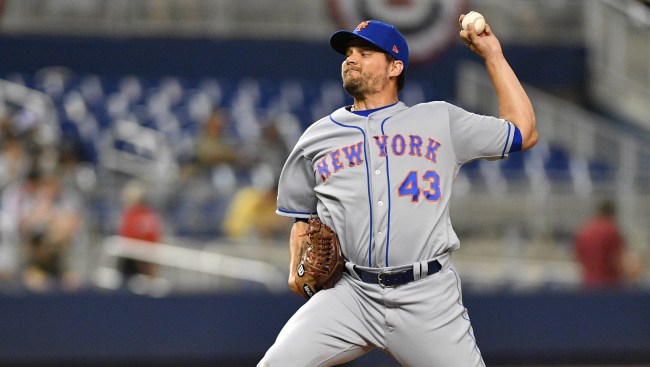 New York Mets reliever Luis Avilán has had a very rough start to his 2019 baseball season. He’s pitched in seven games, given up 13 hits – two of them home runs, three walks, a hit batter, eight earned runs, has a WHIP of 2.40 and an ERA of 10.80.

Considering he sports a career ERA of just 3.25 in 406 appearances, this year’s struggles are far from normal for the 29-year-old.

Something else that is far from normal is for a someone to match with a Major League pitcher on Tinder, which is apparently exactly what happened to one Brandi Lannister.

After Avilán sent her a message on Tinder complimenting her on her smile, she took to Twitter to ask, “Do I ruin this guys morning?” and wondering if she should stick her response of “Your ERA is atrocious.”

Do I ruin this guys morning? pic.twitter.com/EIWuiERHeh

She then asked people if they thought he would unmatch with her if she did.

Will he unmatch me

Turns out the troll in her couldn’t be stopped and she did end up sending him the funny message.

And he liked it! Go figure.

Well, much to the keyboard warriors who were hating’s dismay….HE thought it was a pretty good opener 😂

Then again, shooters are gonna shoot.

Some of the responses she received from the Twitter gallery were pretty good too.

Sounds like beers will be on him then, eh?

This is the most amazing thing on twitter today. pic.twitter.com/r4KhJpR1mm