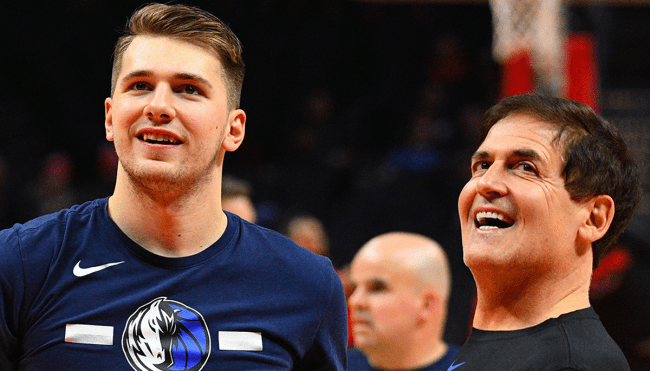 It’s been three years since Atlanta Hawks fans rebelled after the team traded Luka Doncic to the Dallas Mavericks in exchange for Trae Young with a deluge of some Freezing Cold Takes I’m assuming most of the people behind them would be more than happy to disavow.

While Young has played a pivotal role in helping the Hawks turn things around, I think you’d be hard-pressed to find many Mavs fans who haven’t been pretty pleased with how things have played out in the wake of a retroactively blockbuster win-win trade that sent Doncic to pick up where Dirk Nowitzki left off.

Last week, we learned that Kristaps Porzingis might be the only person on the planet who has issues with the Slovenian who appears to have usurped him as the future of the franchise. However, on Monday, The Athletic published an article that cast that future into doubt due to rumors that Doncic is butting heads with the Dallas front office.

The report centers around the superstar’s alleged beef with Bob Voulgaris, the sports bettor-turned-Director of Quantitative Research and Development who Doncic apparently does not see eye to eye with. The outlet spoke with sources who claimed they’re concerned the friction could result in the superstar exploring other options instead of signing an extension as he inches closer to free agency.

I’m going to go out on a limb here and guess Mavericks owner Mark Cuban disagrees with those assertions based on the two-word response to the story he issued on Twitter.

Tell us how you really feel, Mark.