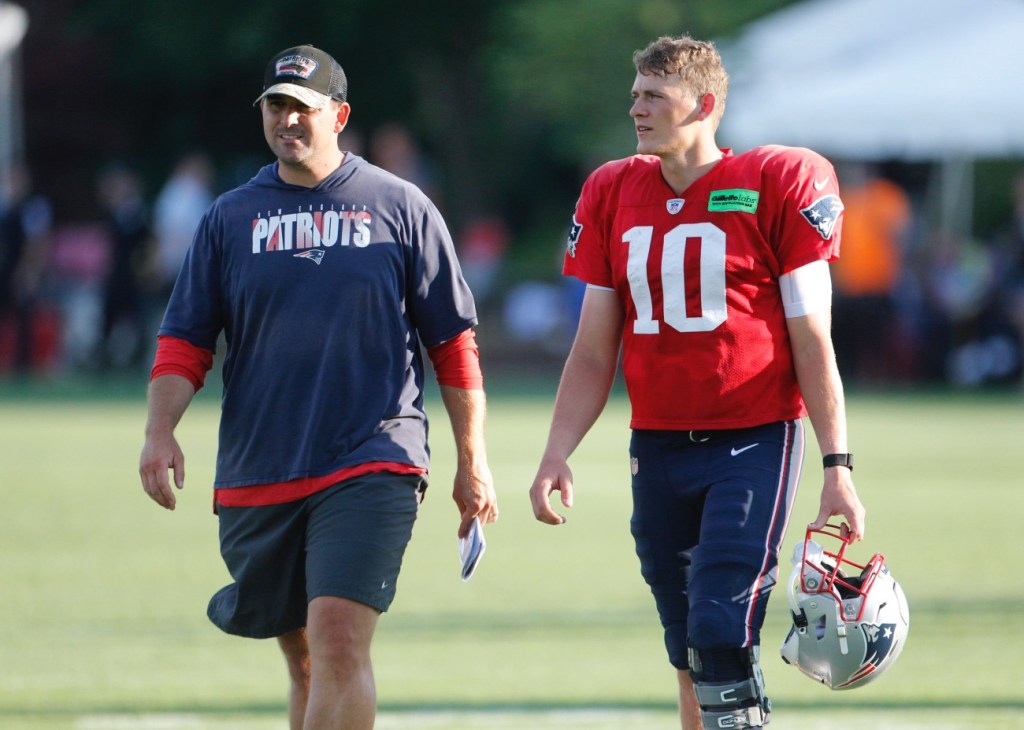 Since the first day of active drills at Patriots training camp there have been reports that Mac Jones is struggling. From everything I’ve read, Mac’s struggles aren’t entirely his fault. It seems like the offensive line is having a lot of difficulties giving Jones enough time to complete passes.

A report from Yahoo! described Mac Jones as ‘under duress regularly’ and went on to say ‘miscommunication between quarterbacks and their pass-catchers has become routine’. The NFL Network’s Mike Giardi tweeted there are ‘far more moments of uncertainty’ than there were at training camp a year ago.

Now, Mac Jones is speaking up and admitting to the public that things are not going great on offense (so far). Here’s Mac speaking to reporters on Tuesday:

Mac Jones: “I’m going to figure it out. I always have. I always will. At the end of the day, you’re going to have your ups and downs with anything new. … When there’s 10 people that look into my eyes, I know they’re going to trust me to do the right thing on game day.” pic.twitter.com/OdIfE6vYQ5

“I’m going to figure it out. I always have. I always will. At the end of the day, you’re going to have your ups and downs with anything new. But I’ve learned a lot of different systems and the guys around me have too. We know what football looks like. We know what a good play looks like and the schematics behind it. It’s not just the result, it’s the process of how it looks.”

“Run the play, hat on a hat, pass protection, hat on a hat, and the guys getting open which they’ve done. There just needs to be more consistency. We all trust each other at the end of the day. When I walk on the field, there’s ten people that look into my eyes I know that they’re going to trust me to do the right thing on game day.”

A handful of Patriots fans had thoughts on Mac’s comments

Gonna be a long season.

Real fans know it’s a process, the bandwagons are the ones constantly crying it’s not going to work less than 2 weeks into camp

He will figure things out come week 1 then nobody gonna remember all the “struggles” in practice https://t.co/as3cXmSMMO

Mac Jones will never replace Tom Brady but he could likely become a great NFL quarterback with longevity. These teams haven’t even played a game yet and any NFL fans losing their minds over practice would heavily benefit from just relaxing until they can see their teams at full speed.