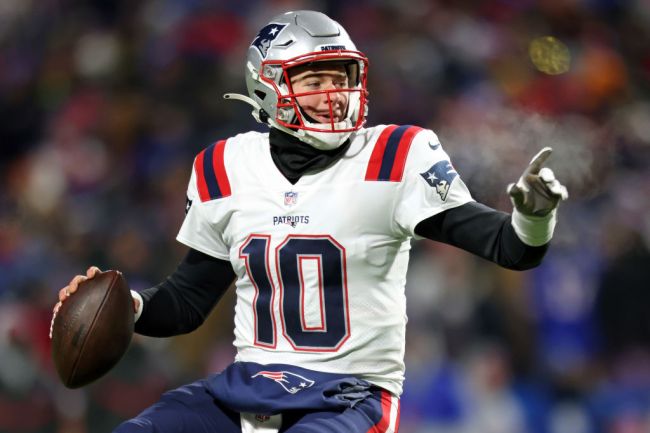 The New England Patriots have had one of the strangest coaching situations in the league this offseason. Their offensive coordinator from last season, Josh McDaniels, left the team to become the head coach of the Las Vegas Raiders. The team didn’t have a defensive coordinator last season.

They didn’t fill either vacant position this offseason.

Now it seems that decision is having an impact on the Patriots offense. According to NFL Network’s Mike Giardi, Mac Jones has been underwhelming at training camp and it seems to be due to a lack of comfort in the offense.

Mac Jones had some moments of uncertainty a yr ago in training camp but not nearly as many as you would expect for a rook. This summer? Far more. Yes, it is early August. There's time. However, the install started back in the spring & you'd like more comfort & success. #Patriots

Now it seems those decisions are causing problems for Mac Jones after he had a very successful rookie season that saw him lead the Patriots to a spot in the playoffs.

He surely can’t be blamed if he doesn’t improve in year 2 after the Patriots have seemingly done everything in their power to prevent him from succeeding this offseason.

It’s not uncommon for regular changes of offensive staff or poor coaching to derail quarterbacks’ careers, even if they show plenty of promise in year 1.

Maybe the New England Patriots will figure out a way to fix this situation before it becomes a major issue early on in Jones’ development as their franchise quarterback. If not, they may prove once and for all that Tom Brady is solely to thank for all of those Super Bowl rings.