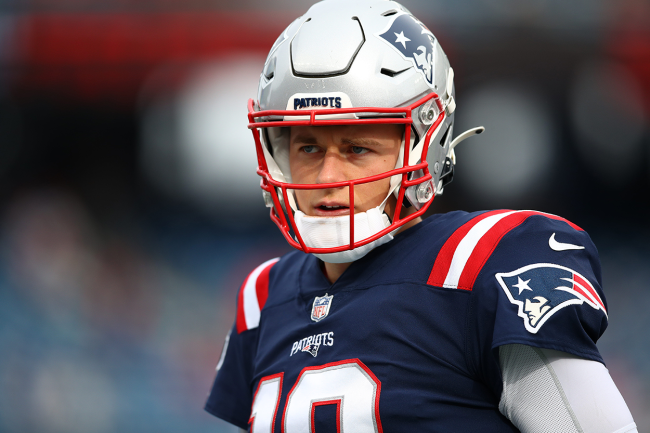 When Mac Jones arrived to the New England Patriots, he was a happy-go-lucky 22-year-old fresh out of college. Six months later, he appears to have fully bought into to the “Patriot Way.”

Bill Belichick is known for his hard-nosed, closed-doors approach to coaching. He doesn’t often say much in press conferences, rarely gives insight beyond basic, simple updates, and keeps things close to his chest.

In addition to his own demeanor, Belichick teaches his players similar behavior. Not often do the Patriots expound on their thoughts and that’s intentional.

Six months under Belichick’s tutelage, it appears as though Jones has bought into his head coach’s philosophy. A video that juxtaposes two of Jones’ press conferences demonstrates how the rookie quarterback has changed, particularly in his handling of the media.

One video, from July of 2021, shows Jones greet reporters with a laugh and a few jokes. He had a big smile on his face and appeared eager to conduct the interview.

The second video, from earlier this week, shows Jones again meeting with the press to answer questions. This time, however, he answered in a monotonous fashion that is similar to how Belichick handles his appearances.

Not once did Jones crack a smile and it was all business.

Based on the juxtaposed video, it appears as though Belichick got his rookie franchise quarterback to tone down his personality in front of the media. It’s pretty hilarious what a difference of four months under Belichick can make on a player.