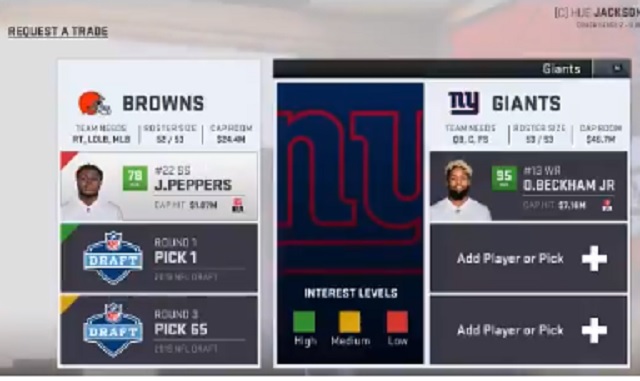 Earlier tonight, Browns GM John Dorsey somehow was able to pick up one of the best wide receivers in the game in Odell Beckham Jr. without having to sacrifice too much.

Giants GM Dave Gettelman was instantly mocked for the trade.

Is Dave Gettleman the worst general manager of all time?

How does Dave Gettleman hold a job?

Dave Gettleman is the worst executive in the NFL.

AFC front office executive on Beckham trade: “If I traded (Beckham) for so little in return like this, I would have been fired. The entire front office would be cleaned out.”

The trade was so bad for the Giants that it gets instantly rejected in Madden.