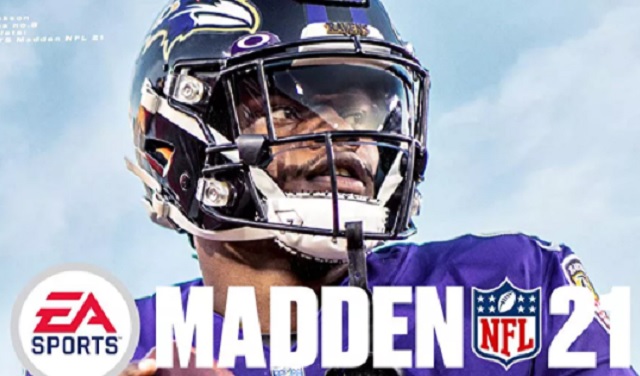 Madden 21′ came out on Friday and user reviews are not good for this year’s edition of the storied football video game.

While the game has gotten mixed reviews from the media, the user score for the game is extremely low on Metacritic.

Unfortunately for fans of the game, the NFL recently extended their exclusivity deal with EA Sports that will see the gaming publisher making football games for the foreseeable future.

The Madden franchise will continue to be a part of the gaming universe for at least the next six years.

NFL owners on Thursday approved an extension of their deal with Electronic Arts, continuing a relationship that has existed for 30 years. It was also recently approved by the NFL Players Association.

The current contract was set to expire after the 2021 season. The extension means that EA Sports will continue to be the league’s exclusive publisher of football simulation games through 2026.

Following the release of the latest disappointing Madden game, fans are calling for the NFL to rethink their business relationship with EA Sports. .

#NFLdropEA @EAMaddenNFL @EASPORTS hurting the @NFL brand with #Madden21 smh 🤦🏽‍♂️ such a disgrace. Let @2K take back over the NFL license! @EASPORTS don’t deserve to have them because they keep putting out lackluster maddens year after year 😒 @NFLPA you all have to do something. pic.twitter.com/AimrHB5ODe

Currently #NFLDropEA is a top trend.

Fans have had it with the shit quality of the EA Madden Franchise which finally is showing up in both user & critic reviews.

EA's Madden NFL 21 is one of the worst-reviewed games of the year. https://t.co/Po4UJ07HwR

It is a tough reality @EAMaddenNFL needs to accept, but its far worse than the reality @NFL fans have to accept in that @EA gave up on making a simulation football game, despite paying $1.6 Billion to be the only company legally allowed to do so. pic.twitter.com/MTbNy7psr4

EA clearly does not wish to create a quality game with the brand and marketplace competition is needed!

Be a lot shorter 2 weeks if the only licensed NFL game wasnt complete trash. #NFLdropEA pic.twitter.com/mmtnjqPYUB

#nfldropea as a fan of madden I have to tell the @NFL to please drop the exclusive license. Not only is the game not a good representation of what is seen on Sunday, it also hurts your brand because it seems like you care about money that is accumulated over time.

#nfldropea@NFL, Madden has turned into an utter https://t.co/3Oa1muDOUp must act now before any legitimacy you had in the Video Game market is lost.

I agree that the NFL needs to drop EA. If 2K had the rights to produce NFL simulation games, things would be so different. NFL 2K5 is still one of the best football games to date. Allowing EA to have a monopoly on NFL simulation games is criminal. They don't care. #NFLdropEA

Since when do receiver's turn around to block there own player when there is a block that he should be running forward to get this is not simulation football. #NFLDROPEA #FIXMADDEN21 #FixMaddenFranchise pic.twitter.com/s1vYuDMBhz