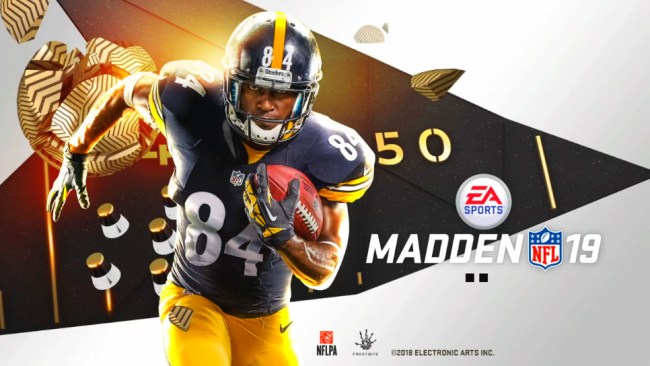 The “Madden Curse” is a real thing and no one can tell me otherwise. There have just been too many instances where an NFL star appeared on the video game’s cover only to see either their season or the career completely implode following the “honor.”

Garrison Hearst suffered a horrific broken ankle in 1999 and missed the next two seasons. Barry Sanders retired after being named the cover athlete for Madden NFL 2000. His replacement on the cover, Dorsey Levens, would end up being released by the Packers in 2001. After being on the cover in 2001, Eddie George averaged less than 3.4 yards per carry for the rest of of his career. Daunte Culpepper completely fell apart in 2002. Marshall Faulk had the first sub-1,000-yard rushing season of his career in 2003. Michael Vick broke his leg in 2004. Ray Lewis tore his hamstring in 2005. Donovan McNabb missed most of the 2006 season with an injury. Shaun Alexander fractured his foot in 2007. Vince Young’s sharp career decline began in 2008. Troy Polamalu missed most of the 2010 season with injuries. Drew Brees had one of his worst seasons as a pro in 2011. Peyton Hillis disappeared into obscurity in 2012. Adrian Peterson went from rushing for 2,097 yards to having his season end early with a foot injury in 2013. Rob Gronkowski had his season end early thanks to back surgery in 2017. And in 2019, Antonio Brown became such an annoyance to the Steelers they ended up trading him to the Raiders.

But that’s just the tip of the iceberg for Brown and the “Madden Curse.”

Apparently, now the “Curse” is getting oddly specific in how it wrecks its cover stars’ seasons and/or careers.

Some eagle-eyed fans noticed something over the weekend on Brown’s cover of Madden NFL 19 that is more than a little creepy.

Something that went mostly unnoticed until now is the fact that since 2018 the video game has used an engine called Frostbite developed by DICE.

That’s right. Frostbite. And there is a logo, with the word frostbite right there on the cover with Antonio Brown.

Foretold on the cover of Madden 19. 😉 pic.twitter.com/j2NYQKzjSF

So about the Madden curse pic.twitter.com/eQ5t6onvMY

I just discovered something GROUNDBREAKING. Antonio Brown is on the cover of madden 19. So is the word FROSTBITE. The madden curse just went to a whole new level….oh and if you think I’m kidding 👇🏼 pic.twitter.com/MvIvi0s2ty

Might want to think twice about taking Patrick Mahomes in the first round of your fantasy football draft this year. Just sayin’.