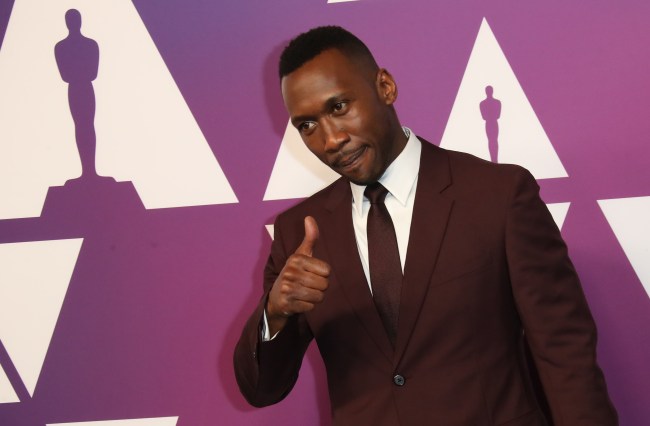 Mahershala Ali is one of the greatest and most in-demand actors in all of Hollywood. You probably know him from roles in things such as House of Cards back in the day, and, more recently, movies like Moonlight — for which he won an Oscar for — and Season 3 of True Detective. To say the guy’s been busy in the past few years would be an understatement, because he’s exploded onto the scene and has gotten tons of fanfare for his work.

Nominated for yet another Oscar tomorrow night for his part in Green Book, Mahershala Ali might be the LeBron James of the acting world, but, way back when, he was hoping to try and become James on the basketball court. That’s because Ali was once a college hoops player, playing for the Saint Mary’s College men’s team from the 1992-93 season to the 1995-96 campaign.

And, while we’re all used to seeing Mahershala Ali in front of the camera acting, why not take a look at what he could do on the hardwood? Here are some of Ali’s highlights from his time as a D-I athlete.

Good luck to Mahershala Ali in #Oscars2019 on Sunday!

The former @smcgaels guard is vying for his second Academy Award for Best Supporting Actor. pic.twitter.com/tIV8XzevoP

Finishing his college basketball career with a scoring average of just 3.6 points per game during his four seasons, Mahershala Ali clearly wasn’t on the fast track towards the NBA. Seeing as how his hoops skills weren’t good enough for the Association, he decided to focus on acting instead, telling GQ Magazine in a 2016 interview that the craft sort of became easy for him.

“It was about getting a basketball scholarship to a Division I school. Once I got that, I didn’t set a realistic next goal on how to get to the NBA, which is perhaps for the best. I fell into acting. A teacher gave me an opportunity to be in a play and it came a little easy to me. When it got difficult was when I decided to study acting and I went to grad school. I felt like if I got [into NYU] this was what I was supposed to pursue. It just so happened that it worked out.”

Considering he’s now on the top of his career, it seems as if Mahershala Ali made the right choice to pursue the whole acting thing. Plus, after winning that Oscar for his part in Moonlight, the dude’s the only former D-I athlete to have added an Academy Award to his mantle, so that’s something to be proud of.