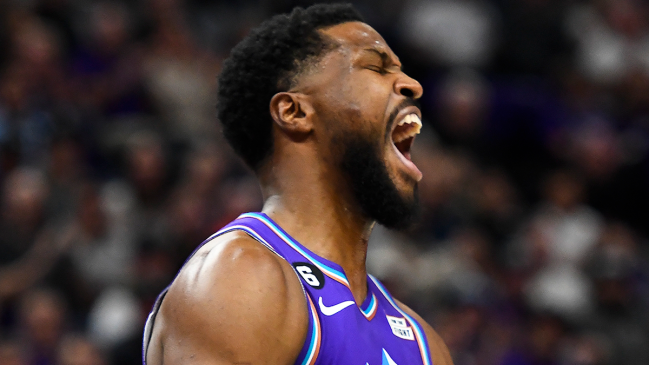 Nobody had a busier NBA offseason than the Utah Jazz, who were at the center of a couple of blockbuster trades that sent Donovan Mitchell to the Cavaliers and Rudy Gobert to the Timberwolves in exchange for a massive haul of players and draft picks.

That second transaction required Minnesota to give up five players on top of the four first-round draft picks that changed hands in the trade. It didn’t take long for Utah to send Patrick Beverly to the Lakers after acquiring him, but the franchise still has a quartet of guys who will be suiting up in a Jazz uniform to face off against their former team on Friday night.

That group includes Malik Beasley, who apparently had the matchup circled on his calendar based on what he had to say about his emotional state heading into the contest.

I feel like most NBA fans are familiar with the iconic quote Kevin Garnett dropped before the Timberwolves faced off against the Kings in Game 7 of the 2004 NBA Western Conference Semifinals where he rattled off the various firearms and weaponry he was metaphorically gathering ahead of the “war” (one Minnesota would ultimately win with the help of the 32 points and 21 rebounds he posted).

It would appear Beasley has adopted a similar mindset ahead of what is shaping up to be a grudge match with his former squad, as he told The Athletic‘s Jon Krawczynski his gameplan is to “Kill anybody in front of me” ahead of the contest.

Malik Beasley on his emotions heading into tonight against the Wolves: “Kill. Anybody. In front of me.”

Plenty of people were quick to point out that was a fairly interesting choice of words for a man who spent 78 days in jail after pleading guilty to a felony stemming from an incident where he pulled a gun on a group of people inside a car that parked outside of his house in Minneapolis in 2020.

With that said, it would appear Beasley is very fired up.