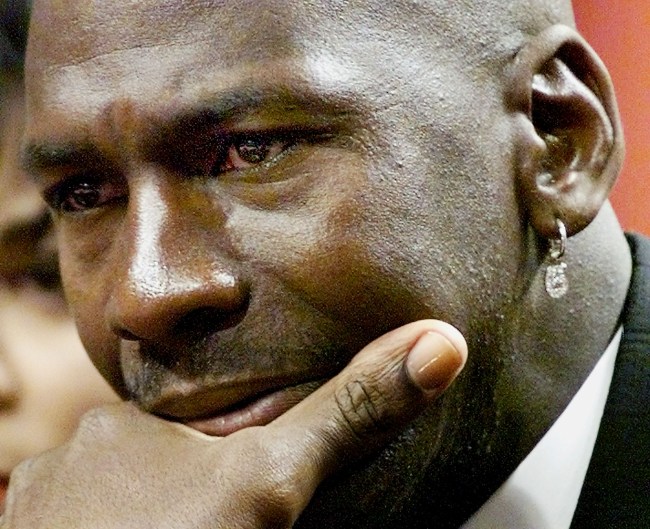 The father and best friend of the Greatest of All-Time pulled over at a rest stop south of Lumberton, North Carolina to take a nap on the way home from a funeral.

Today in 1993 James Jordan is laid to rest in North Carolina. 2 months later Michael Jordan retires from the NBA pic.twitter.com/8DeOV0uBBo

Daniel Green and Larry Demery spotted Jordan’s red Lexus SC400 with license plate UNC0023 that his son had recently bought him, and shot Jordan to death before stealing the vehicle. The criminals then dumped Jordan’s body in a swamp in South Carolina like a piece of trash after stealing several items from the car including two NBA championship rings given to Jordan Sr. by his son.

Larry Demery, 44, was one of the two men convicted of killing Michael Jordan's father. He was sentenced to life, but could be released from prison. https://t.co/2eZE4BibOI pic.twitter.com/cGDP1T6U1W

His body was so badly decomposed when it was found 11 days later that authorities could only identify Jordan through dental records.

Jordan was killed by one .38-caliber bullet to the heart. Demery testfied it was Green who fired the gun.

Green contends that he was not present during the murder, but helped his friend dump the body, and steal the car. https://t.co/0VjzuxHTmH pic.twitter.com/OnePbHJdln

Demery and Green were both convicted of 1st degree murder and armed robbery and were let off easy with life sentences.

It is now being reported by the North Carolina Post-Release Supervision and Parole Commission that the 44-year-old Demery, who claimed that he and Green had just planned to tie Jordan up before Green pulled the trigger for no reason, is now being considered for parole via the Mutual Agreement Parole Program.

The MAPP is “designed to prepare selected inmates for release through structured activities, scheduled progression in custody levels, participation in community based programs and established parole dates,” according to the NC Dept. of Public Safety. [via TMZ]

Three months after his father’s death, Jordan spoke with Oprah about coping with the tragedy that prompted him to briefly retire from basketball shortly thereafter.

If this asshole is released from prison, I will lose all faith in the judicial system.