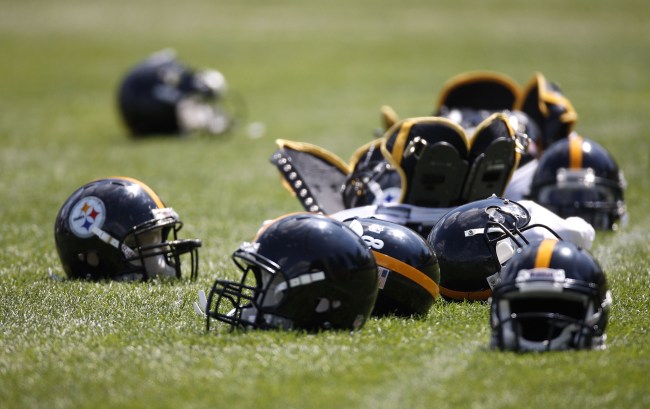 The not-so-secret secret to sneaking into somewhere you shouldn’t be is to act like you belong— and dressing the part is an absolutely key aspect of infiltrating places you’re not supposed to be.

For example, if you’re going to steal the Declaration of Independence, you need to make sure you have a sharp tuxedo so you can blend into the crowd of D.C. socialites getting between you and the treasure map hidden in the basement of the National Archives.

I personally put the strategy to the test once when I snuck into the NBA Draft. Being close to seven feet tall certainly didn’t hurt, but I wouldn’t have been able to pull things off if it wasn’t for a stunning set of fake diamonds studs and a suit I bought at a three-for-one sale at Men’s Warehouse.

I pulled off that stunt because I’ll never have the skills to be able to compete as a professional athlete— unlike a guy in Pennsylvania who went to an impressive length in an attempt to get someone to realize his talents.

A couple of years ago, an NFL hopeful got a fair amount of attention after posting up outside Gilette Stadium in the hopes of getting a tryout that never came.

However, another aspiring professional athlete didn’t let things like “official invitations” and “security” get in the way when he rolled up to Steelers training camp with clear eyes, a full heart, and a set of pads.

That's not Troy Polamalu! A #Steelers fan in a #43 jersey and full uniform managed to get onto the field at Training Camp today before he was escorted away. https://t.co/X7Z03K7bQU

The unidentified man apparently made it onto the field and stretched with his “teammates” and even got to chat with Antonio Brown before some realized he wasn’t supposed to be there.

At least Brown seemed to appreciate the hustle.

A fan tried to sneak into Steelers drills to "check" @AB84 😂

The guy might have gotten blacklisted from every single NFL team and eliminated any shot he ever had at playing in the league but at least he got a cool bar story out of it.