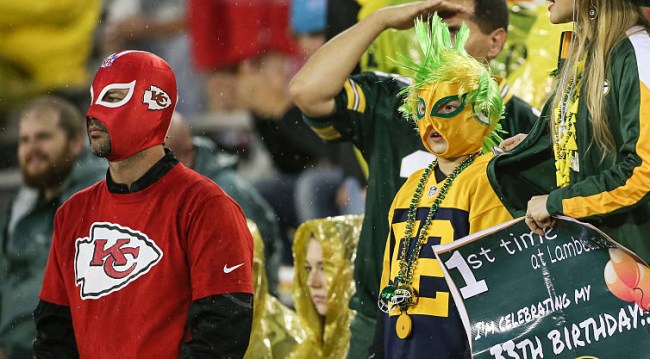 Just because you happen to live in a certain state doesn’t mean you automatically have to be a fan of the sports teams that play in that state. Just ask anyone who lives in Arizona.

Many people out there aren’t even from the states they currently live in, plus sometimes the teams in your state, well, they just don’t do it for you.

For example, Los Angeles Chargers fans have pretty much abandoned their team since the move from San Diego, resulting in a large portion of the usually tiny crowd at the games being represented by whoever the team happens to be playing that week.

So, with all of that in mind, which out-of-state football teams, be it in the NFL or in college, are the most popular?

An analysis of this very question was put together by the team at Custom Ink, who compared Google search interest data for to find the non-local favorite football teams, both pro and college, for each state.

Here a few of their findings…

• The San Francisco 49ers are the favorite out-of-state team in the most states overall (7), followed by the Pittsburgh Steelers (6), and the New York Giants (6).

• Football programs that have actually had some recent success like the New England Patriots, Seattle Seahawks and Arizona Cardinals don’t appear as out-of-state favorites for any states.

• On the college front, there wasn’t one team in particular that stands out. It was a four way tie with three states each rooting for Stanford, Notre Dame, Army and Air Force.

• When broken down by region, Stanford, Notre Dame and Air Force dominated most of the nation with Arizona carving out a decent out-of-state fanbase for itself in the Northeast. 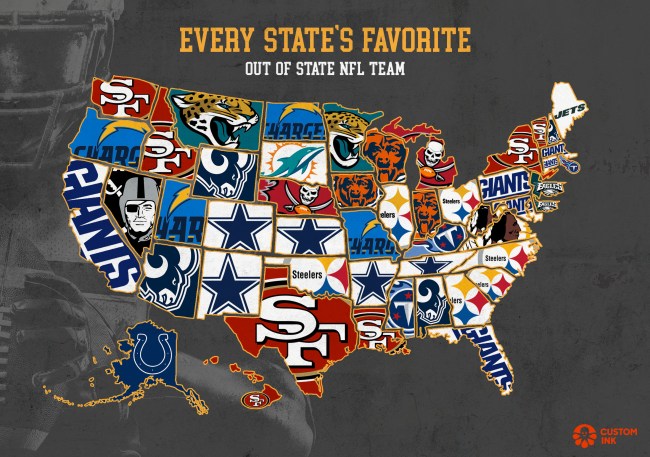 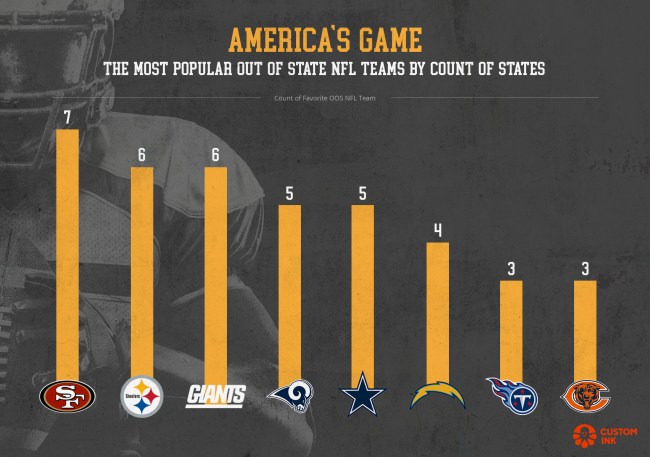 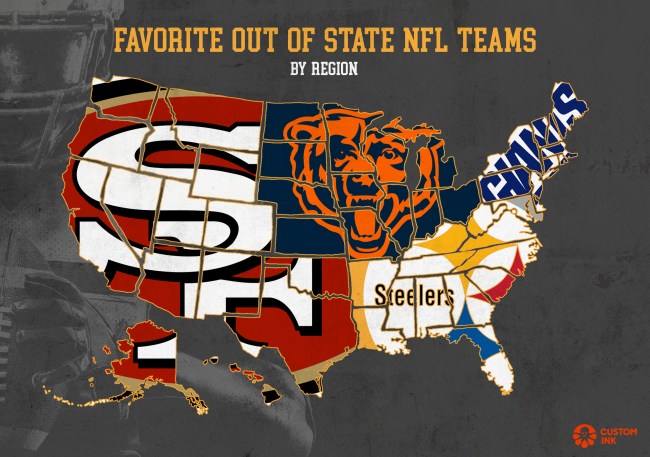 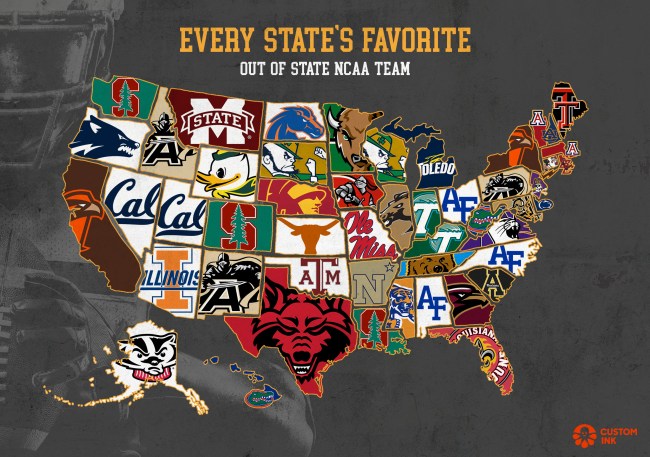 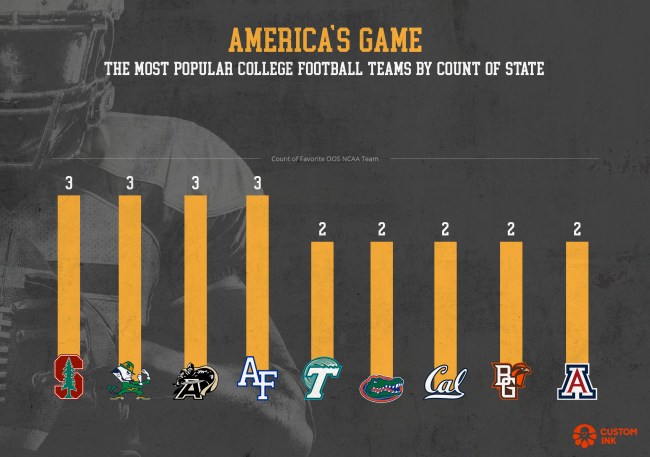 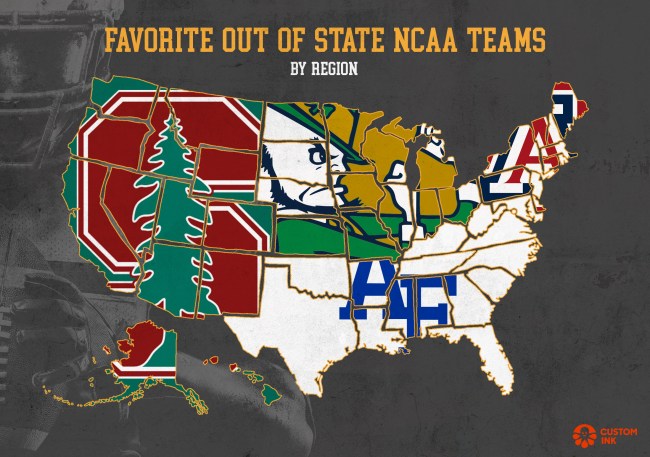