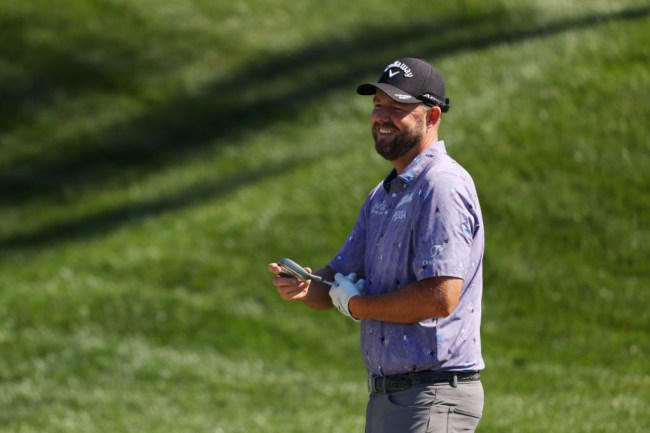 Marc Leishman lived every golfer’s nightmare during Thursday’s opening round of the Wells Fargo Championship.

After finding a greenside bunker on his second shot on the Par 3 17th hole, his eighth hole of the day, the Aussie left himself extremely short-sided. On top of that, water loomed over the green. For the 46th ranked player in the world, and every other player on the PGA Tour, the water isn’t in play. Or at least it shouldn’t be.

For the weekend warriors out there, water beyond the pin coming out of a bunker is a legitimate nightmare scenario.

Things went from bad to worse for Leishman as he cold-shanked his shot out of the bunker. The hosel rocket came awfully close to hitting playing partner Corey Conners as well.

It would have been a lucky break for Leishman if he actually did hit Conners, although Conners probably doesn’t see it that way.

Watch at your own risk. pic.twitter.com/FM8rhTAemX

Leishman walked off the green with a triple bogey on the hole. He didn’t let the bad hole carry over into the rest of his round, however, as he managed to birdie the very next hole.