Golfer Drains An Ace Straight Into The Hole Without Bouncing The Ball On The Green, Wins A Porsche 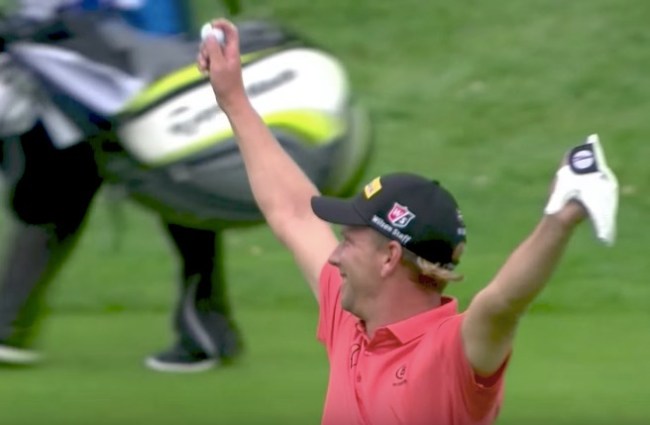 European Tour golfer Marcel Siem had one of the craziest aces seen in professional golf in quite some time. He fired off a hole-in-one last Saturday at the European Open in Hamburg, Germany, and he dunked the ball into the hole without it ever touching the green. Well, from what I can tell it appears as if he actually stuck the ball dead on the flagstick and it dropped straight down into the hole. Either way, this is one of the craziest holes-in-one that I’ve ever seen.

By sinking the hole-in-one on the 17th hole at the Green Eagle GC, Marcel Siem also won himself a Porsche worth $177,000. I’ve gone ahead and included multiple versions of the video so you can see just how crazy of a shot this is:

Marcel Siem’s a German golfer who has 4 wins on the European Tour but hasn’t fared so well on the PGA Tour in the past. His best finishes in the U.S. Majors are 12th at the U.S. Open in 2014 and 36th at the PGA Championship back in 2012. His last win on the European Tour came back in November 2014, and the highest he’s ever finished on the European Tour Order of Merit is 14th (2012). So this was 100% one of the biggest shots of his life.