Boxes Are The New Brackets: Why March Madness Squares Should Be Your Go-To NCAA Tournament Pool 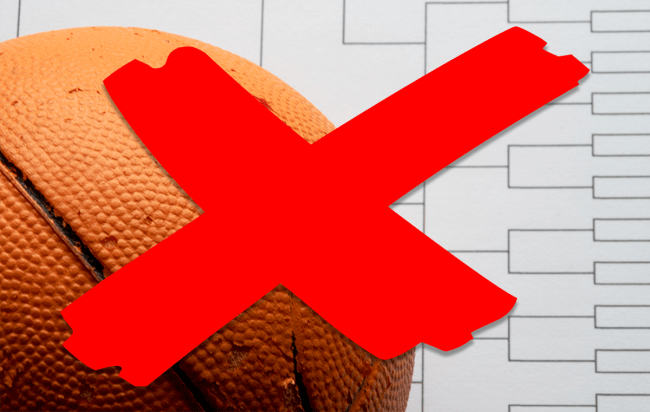 In 2014, Warren Buffett introduced a fun little twist into the NCAA Tournament in the form of the Billion Dollar Challenge, giving fans even more incentive to spend way too much time firming up their March Madness bracket by offering a nine-figure fortune to anyone who managed to correctly guess the outcome of every single game.

It wasn’t exactly the riskiest move in the world, as there are 9,223,372,036,854,775,808 unique ways for the NCAA Tournament to play out, and while experts estimate you have around a 1 in 120 billion chance of correctly guessing the outcome of every single game if you possess some college basketball knowledge, anyone who’s lost a March Madness bracket pool to someone who picked teams based on which mascot would win in a fight knows they’re the ultimate exercise in futility.

Thanks to the series of unfortunate events that led to the NCAA calling off the tourney last year, there was plenty of anticipation leading up to Selection Sunday, but when I sat down to start breaking down the matchups when the seeds were announced, there was really only one question on my mind: Why the hell am I doing this to myself yet again?

As an alumnus of an alma mater that hasn’t sniffed March Madness in over a decade, I’ve traditionally relied on brackets to get financially invested in a tournament I have no emotional investment in. However, when you consider I’ve gotten around the same return on those investments as I would’ve if I bought shares in Pets.com on the day of its IPO, I’d be hard-pressed to think of a more fruitless endeavor than once again deluding myself into thinking this will be the year my luck finally changes.

The unpredictability of March Madness is obviously a major part of its appeal, but as someone who was exposed to this year’s college basketball season exclusively through the highlights that popped up on my Twitter feed, I just can’t bring myself to spend time attempting to forecast how a tournament featuring 68 teams sporting a whopping total of zero players I can name off the top of my head is going to play out.

It turns out I wasn’t the only member of a group chat filled with some of the most casual college basketball fans on the planet who felt this way, and after looking into other ways to scratch our degenerative gambling itch, my buddies and I discovered there is a way to get some skin in the game without having to know anything about the games being played: March Madness squares.

If you’ve ever been to a Super Bowl party or participated in an office pool, you probably know about the concept of buying the naming rights to a box (or a few) inside a 10×10 grid that sees the number 0-9 randomly assigned to each side. While the format can vary, you recoup your investment if the numbers in your boxes reflect the last two digits of the score, with the biggest payout usually reserved for the final tally (at this year’s Super Bowl, you would’ve walked away with the jackpot if you sat in the spot where Tampa Bay’s “1” and Kansas City’s “9” intersected.)

Not all Super Bowl squares are created equal, so choose wisely this weekend!

Most common outcomes in the last two-plus decades of regular/postseason play:

While I am intimately familiar with this practice, I somehow had no idea you could also apply it to March Madness, and after discovering that is indeed the case, I don’t know how I could ever go back to brackets. There are plenty of websites out there you can use to get a better idea of exactly how it works and set up a pool for yourself, which takes the skill out of the equation entirely in exchange for the true madness that comes with simply rooting for both teams to hit a specific number in each and every contest in the hopes Lady Luck helps you out more than everyone else by the time every single game in the tournament is played.

If you want to spend a solid chunk of your week once again attempting to construct the perfect bracket only to have it busted before you crack open your second beer on Friday afternoon, I’m not going to try to stop you. With that said, I’ll be leaving that life behind for the first time this year and strongly encourage you to take the plunge with me.