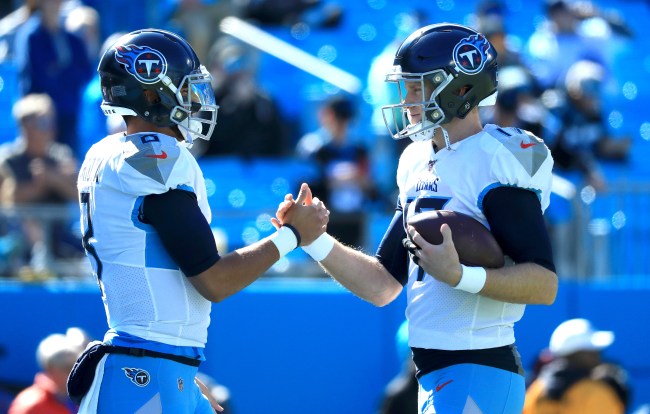 After basically being given away for free by the Miami Dolphins, quarterback Ryan Tannehill shocked the NFL world by finishing his first season with the Tennessee Titans as the number one ranked passer, by QB rating, in the NFL, and led the team to the AFC Championship.

Tannehill was expected to be the backup for Titans’ fifth-year starter Marcus Mariota, but during a Week 6 16-0 loss to the Denver Broncos Tannehill was inserted into the offense and never gave the job back.

Mariota, the second overall pick in the 2015 NFL Draft, still wants to be a starting QB in the NFL and said following the AFC Championship loss, “I have no doubts at all, no doubts at all. I’m just hopeful and ready for whatever that next opportunity is.”

Vrabel on Mariota: Talked to him this morning and told him how proud he is with how he handled everything this season. Said he's a great leader, and he improved.@Titans

In the immediate aftermath of the loss to the Chiefs on Sunday, a game in which Mariota only saw action with one rush for five yards (even punter Brett Kern threw a pass), the former Oregon Duck consoled Tannehill on the sidelines and offered some heartfelt words of encouragement.

“Excited for you, something, it’s a start of something great, brother,” Mariota said to Tannehill. “I’m so excited for you. You deserve it, man.”

“Hey, you’re going to be playing in a lot of these, alright?” Mariota replied.

Can the Titans just keep them both?

I can’t emphasize enough how much respect I have for this. 🤙 #808