Marcus Spears Didn’t Hold Back On Mike McCarthy This Morning 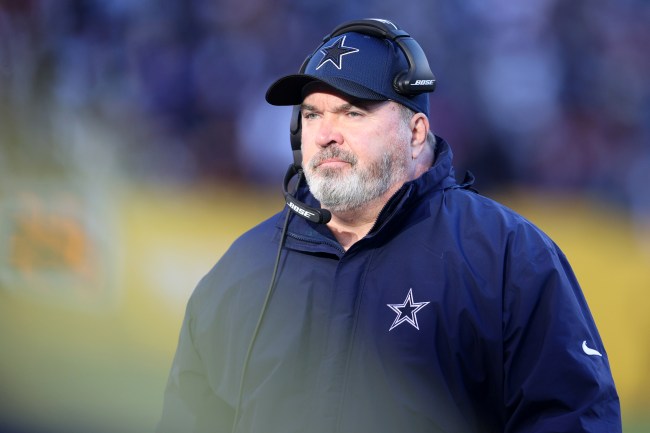 It isn’t a secret to anybody that the Dallas Cowboys aren’t playing well right now. Yes, they’re on a 3 game winning streak, but those wins came against an injured Taysom Hill, an average Washington Football Team, and the Mike Glennon led New York Giants.

Even in those 3 wins, the offense has struggled. They haven’t looked anything like the world beaters we saw early in the season that nearly beat a full-strength Buccaneers squad.

Spears was particularly unhappy with McCarthy’s decision to settle for a field goal at the end of the first half on Sunday. It’s easy to see why.

Dak Prescott had completed a pass to Dalton Schultz to get the Cowboys 9 yard line with 10 seconds left and a timeout remaining. Instead of calling that timeout and letting Dak take a shot at the end zone, McCarthy waited and took the timeout with 3 seconds left.

Greg Zeurlein hit the field goal to give the Cowboys a 15-3 lead, but the decision was absolutely wrong. Under normal circumstances, there is no reason not to take a chance at the end zone and just throw the ball away if the throw isn’t there.

10 seconds is plenty of time to take a shot and still have time for the field goal. The fact this is a struggling offense only makes the decision worse.

The Cowboys had already worked their way inside the Giants’ 15 yard 3 times and settled for field goals on 2 of those drives. The only drive that ended in a TD started at the Giants’ 13 and saw Ezekiel Elliot take it in on a 13 yard run.

The Cowboys need to take advantage of every opportunity they have to get Dak trending in the right direction. This was one of those opportunities and they wasted it.

Clock management has long been an issue for McCarthy, but this is particularly egregious when you need something to get your QB back on track heading into the playoffs.

Mike McCarthy needs to find a way to get this offense figured out soon or Dallas Cowboys fans could be headed for more playoff disappointment this year.