Marcus Stroman: ‘No Amount Of Money’ Could Get Him To Play For Tony La Russa 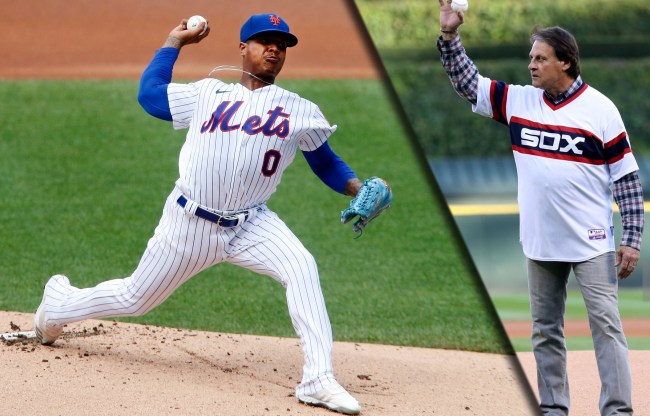 The utter embarrassment that is the Chicago White Sox hiring of 76-year-old Tony LaRussa to be the up and coming team’s new manager continued to grow on Tuesday when it was revealed thatLaRussa was arrested in February and formally charged with DUI on Oct. 28 – the day before the White Sox hired him. (LaRussa was also arrested and pleaded guilty to a DUI charge in 2007.)

Not only were Major League Baseball fans (and apparently some in the White Sox organization) puzzled by the move, now it appears that the hiring will affect the team’s ability to sign coveted free agents this offseason.

One of those coveted free agents, right-handed pitcher Marcus Stroman, who said on Tuesday that there is “no amount of money” that could get him to play for LaRussa.

In a long string of tweets, Stroman made numerous comments regarding the hiring of LaRussa by the White Sox as well as his chances of signing with them now that he’s in charge.

Baffling on all measures.

Eventually, one fan asked Stroman, “How much money would it take for you to play for an old and seemingly racist alcoholic?”

His response was, “No amount of money honestly. Peace of mind is always priority.”

Stroman then continued to question the White Sox decision citing numerous articles written about the Hall of Fame manager since his retirement in 2011.

White Sox fans? They’re REALLY not happy about this news.