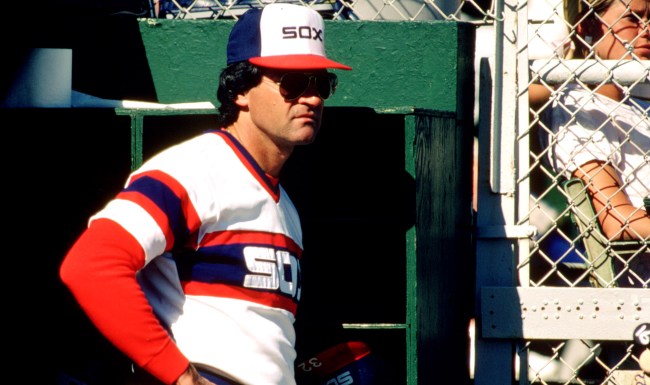 The sign-stealing scandal in Major League Baseball just keeps growing and growing. First it was the Houston Astros. Then it spread like a virus to teams like the Boston Red Sox and New York Mets. And now, in perhaps the craziest story yet to come out of the entire debacle, 1993 AL Cy Young Award winner Jack McDowell says Tony LaRussa, when he was manager of the Chicago White Sox, was stealing signs using a camera as far back as the 1980s.

The three time All-Star, now the head coach of the Queens University baseball team, shared his story in an interview with The Mac Attack Show on radio station WFNZ-AM in Charlotte.

McDowell, who pitched for the White Sox from 1987 to 1994, said that we he got called up to the big club – the year after LaRussa left to manage the Oakland A’s – he discovered that the manager had put in a system at the old Comiskey Park where a camera was focused in on the catcher’s signs and based on the signs being given a light would either be turned on or off in center field to tell the hitter what type of pitch was coming.

“We had a system in the old Comiskey Park in the late 80s. The Gatorade sign out in center had a light, there was a toggle switch in the manager’s office and camera zoomed in on the catcher, okay?” explained McDowell. “I’m gonna whistle blow this now because I’m getting tired of this crap. There’s that, and there was that, Tony La Russa is the one who put it in.”

Side note: As a long-time Chicago White Sox fan, even I had heard rumors about this system. Also, it didn’t make a damn bit of difference apparently as they’re still sitting with one World Series title over the past 100 years.

McDowell also added, just for good measure, “He was also the head of the first team… with all the people doing steroids,” referring to LaRussa managing Jose Canseco and Mark McGwire with the A’s. “Yet he’s still in the game making half a million. You know? No one’s gonna go after that. It’s just, this stuff’s getting old, where they target certain guys and let other people off the hook. Like the media doesn’t know this all happened, was going on. Everybody knows, everybody who’s been around the game knows all this stuff. Why all the sudden it became a big thing, I have no idea.”

Listen to McDowell’s entire segment on WFNZ below…