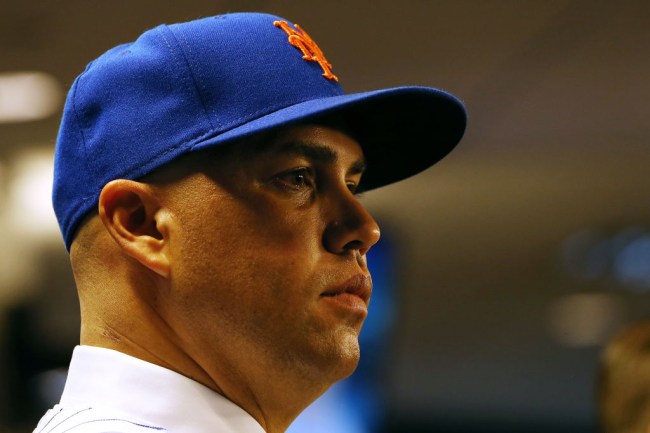 There are plenty of amoral souls walking the planet who genuinely believe the notion that it’s only cheating if you get caught and subscribe to an ethos that dictates you’re not trying as hard as you can if you’re unwilling to flaunt any rules that make it harder than you’d prefer to achieve whatever you’ve set out to accomplish.

In far too many cases, those people figure out how to successfully skate through life without being held accountable for blatantly ignoring the regulations put in place to keep the playing field level. As a result, it’s always nice when someone who thinks they’re above reproach sees their hubris come back to bite them in the ass and is forced to watch as everything they’ve built crumbles upon the foundation of lies they constructed it on.

Last year, the city that Enron once called home found itself at the center of another scandal steeped in deceit courtesy of the Houston Astros, who became the target of an MLB investigation following an explosive report from The Athletic that alledged they’d come up with a complex system to steal signs and relay them to batters during their 2017 World Series run.

It didn’t take long for video evidence of their transgressions to start trickling out and more rumors emerged that suggested they’d equipped a bullpen catcher with an earpiece and even placed buzzing bandages on players so they’d know what kind of pitch to expect.

Last week, the league announced its inquiry had come to a close, and on Monday, it released a report outlining all of the evidence it used on its way to suspending Astros GM Jeff Luhnow and manager AJ Hinch for a year based on their involvement.

The franchise was also hit with a $5 million fine and had some draft picks taken away so it came as no surprise that the Astros wasted no time kicking Lanhow and Hinch to the curb for the dishonor they brought upon the organization.

It didn’t take long for another domino to fall in the form of Alex Cora, who “mutually” parted ways with the Red Sox on Wednesday after he was implicated for the unscrupulous acts he committed when he was a bench manager in Houston (he’s also been accused of using Boston’s video replay room to steal signs during games in 2018 but that’s another matter entirely).

Following that announcement, all eyes turned to New York City to see what the Mets had in store for Carlos Beltran, who was hired to manage the team over the summer.

Rob Manfred decided it would be impractical to suspend anyone who played for the Astros during the 2017 season, so while Beltran managed to avoid any discipline, he still had the honor of being the only member of that roster specifically mentioned in the report when the league alleged he took part in discussions exploring possible ways Houston could steal signs.

After the initial story broke, Beltran claimed the Astros didn’t use a camera to gain a competitive advantage before the league did its best impression of the polygraph on Maury and determined that was a lie.

After finding themselves in a sticky situation, the Mets started examining their options, but on Thursday, Beltran made their decision easier when he announced he’ll be resigning without managing a single game.

Carlos Beltran is out as New York Mets manager due to his involvement in the Houston Astros’ sign-stealing scandal, sources tell ESPN. He is the third manager to lose his job in the fallout.

At least it was fun while it lasted (even if it didn’t last very long at all).