White Sox Fans, Including Me, Are Losing Their Minds Over The Hiring Of Tony La Russa As Manager 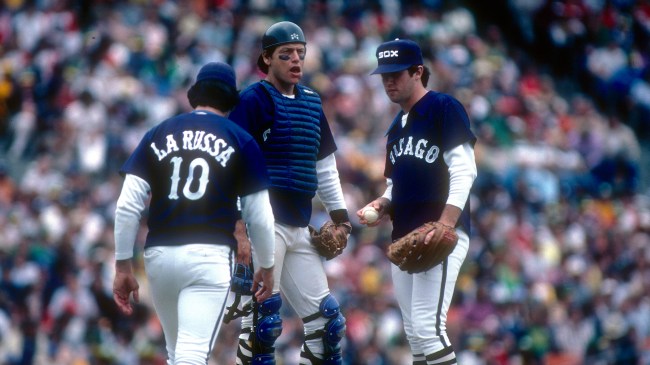 Full disclosure: I am a lifelong Chicago White Sox fan. Thank you for your condolences. Which is why it pains me to no end that Major League Baseball fans are crushing the White Sox for hiring 76-year-old Tony LaRussa as the team’s new manager despite the fact that he hasn’t managed baseball at any level since 2011 and has been retired long enough that he has already been inducted in the Hall of Fame.

In the 120 year history of the franchise, the White Sox have won a grand total of three World Series. THREE! In 120 years!

And until about with a week or so to go in the 2020 MLB season, the White Sox were actually in first place in their division.

It was the first glimmer of hope I have had as a White Sox fan since they won the World Series in dominating fashion back in 2005.

So yeah, I was really damn excited about the White Sox potential heading into 2021.

Now, was I surprised when they fired manager Rick Renteria after going 35-25 this season? A little, but I knew there was a plethora of possiblly better options out there.

For instance, A.J. Hinch is available and he had a .594 winning percentage in five years as the Houston Astros manager, made it to three American League Championship Series and two World Series, winning one.

Yes, I know that the Astros cheated in winning those accolades and I loathe them for it.

Then there were three World Series he went to, winning one, with players like Mark McGwire and Jose Canseco juiced to the moon while with the Oakland A’s.

So LaRussa’s reputation isn’t exactly squeaky clean when it comes to bending the rules. And Hinch isn’t 76-freaking-years-old!

The hiring of Tony La Russa has ruffled feathers in the White Sox organization. A number of employees have concerns about his ability to connect with younger players and how he will adapt to the field after being away 9 years.

This was a Jerry Reinsdorf decision. Simple as that.

I just don’t get it. And neither does anyone else apparently.

What. And I cannot stress this enough. The fuck?

How it feels being a Sox fan pic.twitter.com/GVwZMDc7FW

I am embarrassed to be a sox fan

Every White Sox fan is pic.twitter.com/wfRYbhtsqJ

As a diehard Sox fan, I think I speak for all of us when I say La Russa is the most modern, young manager in the game and the perfect guy to lead this team to the World Series. Go Sox!

This organization makes it so hard to be a fan

You've ruined all the enthusiasm for this team.

Have to cancel my season ticket plan thanks guys for the 2 weeks of hopefulness before you screwed it up.