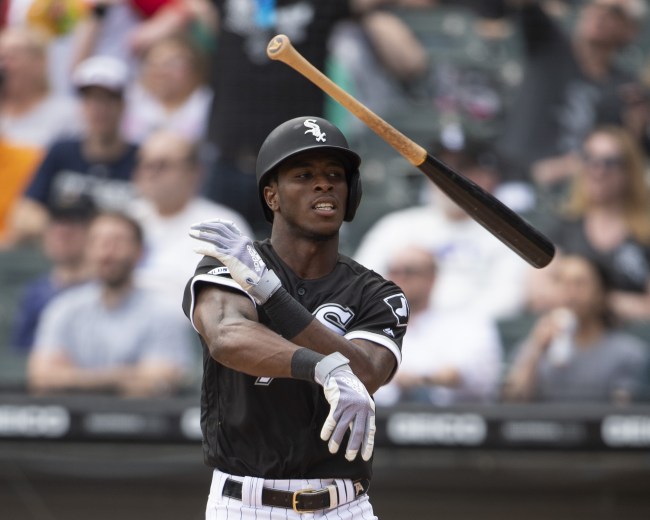 Earlier this week the White Sox’ Tim Anderson delivered an excellent bat flip after a home run that pissed of the Royals.

The Royals retaliated a few innings later by plunking Anderson which led to a bench-clearing brawl between the two teams.

The MLB has now handed down suspensions and Tim Anderson appeared to have earned himself a 1-game suspension for using “racially charged” language during the brawl.

When MLB investigated the benches-clearing incident between the White Sox and Royals, umpires and players from both teams said Tim Anderson used a racially charged word, sources tell ESPN. Anderson received a one-game suspension from the incident, per sources.

The suspension didn’t go over well with baseball fans on Twitter.

Tim Anderson flipped his bat and was then ejected upon getting hit by a pitch because of that. MLB made it clear that they wanted more players to be like Anderson. And now he’s suspended. Absolutely absurd and shameful. pic.twitter.com/QF1SWBXWVd

Fully assuming Tim Anderson through out the N-word in some sort of capacity.

Not sure why (as a black baseball player) that would result in a suspension but whatever I guess.

Feels like Joe West wanted a reason for Anderson to get suspended.

Tim Anderson: Does a bat flip and swears

One step forward, two GIANT leaps backwards for MLB. “Let the Kids Play” is great – but only if you’re actually going to practice what you preach. This is absolutely absurd. https://t.co/K2ScnplH7t

Tim Anderson gets suspended "because of language," and somewhere out there, Terry Collins is laughing pic.twitter.com/ZAt6O5shQ4