Mark Cuban Says He Had A Trade In Place For Shaq And Kobe To Play With Dirk, But Bryant Backed Out At The Last Minute 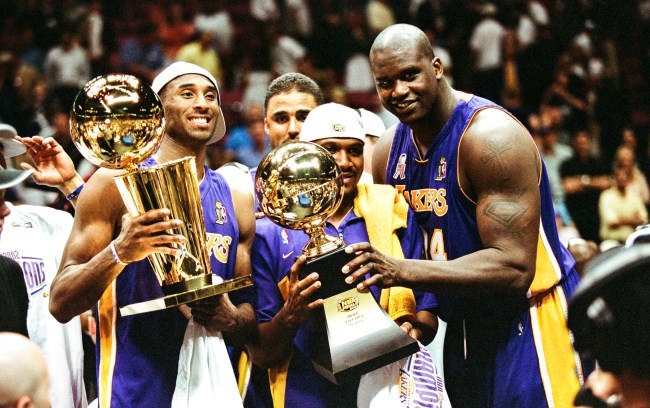 Dallas Mavericks owner Mark Cuban has long been one of the more outside-the-box thinkers when it comes to running a professional sports franchise.

So Cuban revealing that he once came very close to having a trade completed that would have seen Kobe Bryant and Shaquille O’Neal playing in Dallas to play alongside Dirk Nowitzki is certainly believable.

Appearing on Fair Game with Kristine Leahy on Monday, Cuban shared the story beyond the almost-blockbuster deal that would have given the Mavericks perhaps the greatest Big Three in NBA history.

“I thought we had a trade done. I talked to Jerry Buss… this is when I was training for Dancing With The Stars… that’s why I’ll never forget it,” revealed Cuban. “And there was one of the P.A.’s that was just the hugest Lakers fan, used to give me a hard time, and I’m like ‘Dude, we just talked to Jerry Buss’ and we had a trade done, I think it was Josh Howard and Jason Terry and picks, and he was like ‘Okay.’ And then he took one last shot at talking Kobe out of it… didn’t happen.

How fun would have been to watch Kobe and Shaq play with Dirk? Can we go back in time and make that happen?

Cuban also talked a little bit about tanking and tampering in the NBA. It too is definitely worth a look.