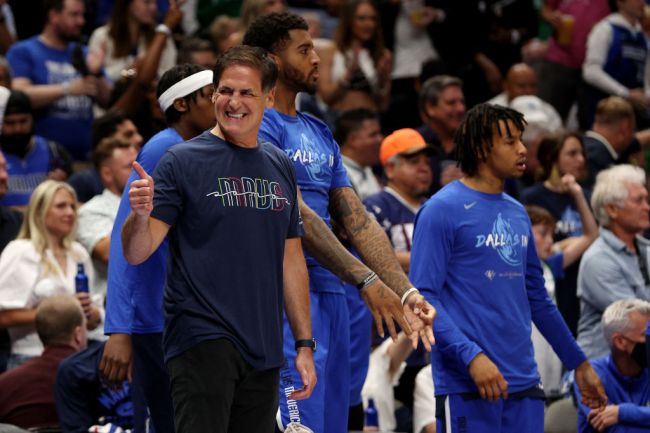 Fatigue and injuries have become a big story in the NBA’s Conference Finals, especially in the series between the Miami Heat and the Boston Celtics. The Celtics were expected to be tired heading into the matchup and both teams have dealt with major injuries already in their series.

Last night, before the start of the Dallas Mavericks’ Game 4 matchup against the Golden State Warriors, team owner Mark cuban revealed that he believes he knows what is causing the uptick in injuries.

As fun as the Play-In Tournament was, it led to playoff games being played every other night. Which raises the question of whether that has led to teams being tired and possibly injured. We can’t extend the last day because of TV. Should the PlayIn be just 8th seed or not at all?

Correlation of course does not equal causation, but there has seemingly been an uptick in injuries to star players in the two years of the play-in’s existence.

Last season, we saw injuries to Trae Young, Kawhi Leonard, Giannis Antetokounmpo, Kyrie Irving, and James Harden over the course of the playoffs. This season hasn’t been much better for key pieces of

Khris Middleton was injured in the Bucks’ first round series. Marcus Smart has missed games in the Celtics current series because of an injury. Jayson Tatum and Jimmy Butler have both been injured in that same series.

Cuban’s point about rest also certainly makes sense as players need time to recover in able to be able to avoid injuries and teams like the Dallas Mavericks and Boston Celtics who needed all 7 games in their last series haven’t been afforded much time to rest.

If Cuban is actually right about the cause of these playoff injuries, the NBA just might need to decide whether a few more entertaining games at the start of the playoffs are worth the risk of injuries to stars in later rounds.