Mark Cuban Says That A 2024 Presidential Run Is No Longer In The Cards, But Won’t Rule It Out 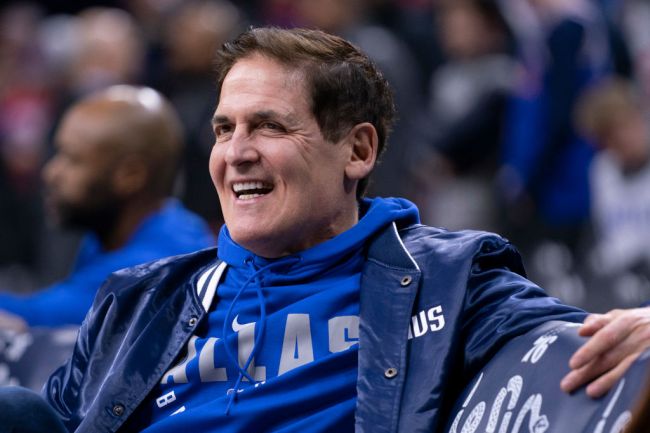 Tech billionaire, entrepreneur and Dallas Mavericks owner Mark Cuban was extremely vocal throughout the 2020 election process and found himself wondering whether he would do a better job as President than either candidate. He commissioned a pollster to gauge his chances in the spring but ultimately had the idea voted down by his family and decided not to enter the race after seeing how he’d match up against former President Donald Trump and newly-minted President Joe Biden. Cuban had also thrown around the idea of running for office in 2024, but he put those speculations to bed on the Stay Scooped Podcast with Brandon ‘Scoop B’ Robinson.

Mark Cuban won’t run for President in 2024 he shared. pic.twitter.com/gwIjNE3P29

The 62-year-old did qualify his statement, saying that if things were to change and he felt that he is the right person, he would reconsider things. Cuban said he wouldn’t run just to run and has previously said it is highly unlikely with three highlys.

“Based on everything I know right now, [I wouldn’t],” he said. “But, if things go South, it depends on how how they go South and how far South.”

If the man worth $4.3 billion chose to vie for the White House, he would run as neither a Democrat nor Republican. Cuban has expressed the importance of his run as an independent, believing that even if he didn’t win, it could create a path for future independents. He advocates not for a third party, but a unique path to office that isn’t tied to party politics and tweeted back in May that “there is not a single person in our federal government that we can trust with out lives.”

“Our Senators, members of Congress and President ain’t doing shit, that I can tell, other than looking for someone to blame,” Cuban said in a three-part social media post. “The reality is that we don’t know what the right answers are, but it sure would be nice to be able to have a civil discussion about the options.”

It doesn’t sound like a run for the highest office is in the cards for 2024, but one of Cuban’s goals is to change the conversation regarding the way our government functions. If he needs to throw his hat in the ring to make his voice heard, there is always a chance that his name could end up on the ballot.