Mark Cuban Says ‘We Are Getting Closer’ To An NBA Return, Is A Big Fan Of The Idea Of Hosting Games In One Location 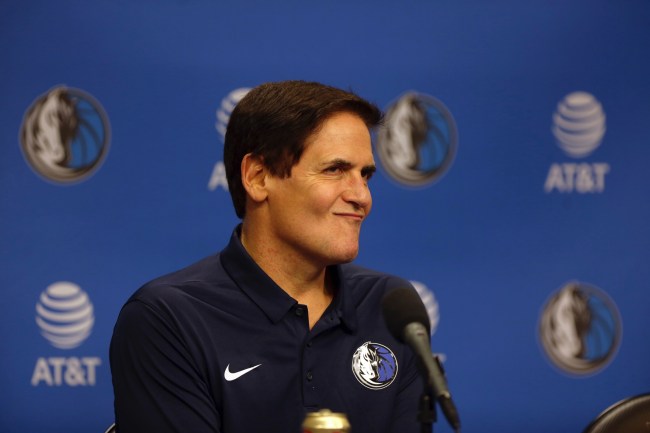 While the talks of the NBA season actually getting back into action were quiet for a while, the conversation has ramped up over the past week or so. Several superstars from around the league including LeBron James, Kawhi Leonard and Kevin Durant reportedly held a private phone call expressing their interest to resume operations which has seemingly gotten the ball rolling again.

Mark Cuban, who has been on board with the idea of the NBA season resuming for quite a while now, joined The Pat McAfee Show on Thursday morning and gave a positive update when it comes to the status of the league.

“The conversations I’ve had with other owners is that we are getting closer, we just gotta get to the point where we have confidence that whatever we do will work,” Cuban said.

One of the most popular ideas, which seems like a very real possibility at this point, is to resume the season but hold all the games in one or two cities. This way the league could essentially create their own bubble, which Cuban explained that he is on board with that idea as well.

“I’m a big fan of the Hotel California approach. You know, you put us in California, you check in, but you never leave. Once we get that in, teams will go there, we’ll set it up so it’s safe, and when the regular season is over, for those that aren’t in the playoffs they go home. Then, when you lose in a playoff round you go home until we’re done.”

"The conversations I've had with other owners is that we are getting closer, we just gotta get to the point where we have confidence that whatever we do will work"#Mavs owner @mcuban on the return of the #NBA #PatMcAfeeShowLIVE pic.twitter.com/U8WSfLq3V8

You simply have to take everything Cuban said here in a positive way, that is if you’re a fan of getting the NBA back underway, if you’re not a fan of that, well, I’m sorry to hear that.