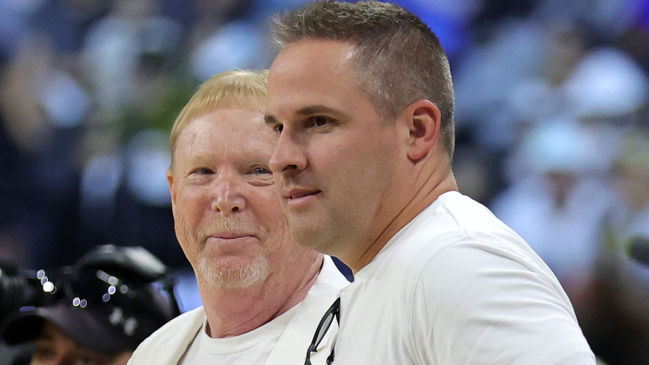 It’s safe to say no one was expecting the Colts to put on a show heading into their game against the Raiders on Sunday, as Indianapolis had set expectations about as low as humanly possible in the week leading up to the contest by firing head coach Frank Reich and replacing him with interim skipper Jeff Saturday, the retired offensive lineman who had never coached a single game at the NFL or collegiate level prior to the weekend.

The Raiders may have headed into the contest sporting a 2-6 record, but they were still listed as four-point favorites to walk away with the win at home for reasons that are pretty obvious if you read the previous paragraph; sure, Josh McDaniels may not have gotten off to the hottest start in his inaugural season in Las Vegas, but there was no way he’d lose to a guy who’d never coached an NFL game in his life, right?

When everything was said and done, Saturday and the Colts managed to pull off one of the more unlikely upsets in recent memory by walking away with the 25-20 victory that left Derek Carr in tears at a postgame press conference.

Plenty of Raiders fans were understandably less than thrilled with that fairly embarrassing outcome, and there were plenty of people who endorsed the notion of kicking McDaniels to the curb and replacing him with close to literally anyone else after watching him get outcoached by a guy who—and I can’t stress this enough—had never coached in the NFL in any capacity and had less than a week to prepare for his debut.

It’s safe to assume anyone in that camp is going to be let down by what Raiders owner Mark Davis had to say when he address McDaniels’ job security on Monday. According to The Las Vegas Journal-Review, Davis stressed he still has confidence in the man he tapped to officially replace Jon Gruden following a tumultuous 2021 campaign, saying:

“As far as Josh goes, I have no issues. I’m getting to know him a lot better. When you sign someone to a contract, don’t you expect him to fulfill the contract?

I like Josh. I think he’s doing a fantastic job. That’s why I hired him. We did an exhaustive search and found the person we believe is going to bring the Raiders to greatness.

Life isn’t static. It’s fluid. You want to win at the end of the year and be the one holding the trophy. Obviously, we’re not there yet. I know it’s frustrating for the fan base. I feel for them. I’m a fan as well.”

It’s hard to imagine McDaniels will be sticking around for all four years of the contract he signed if the Raiders don’t figure out how to reverse their fortunes in the somewhat foreseeable future, but if we’re taking what Davis had to say at face value, the head coach doesn’t have to worry about his seat getting too hot this season.