Marlon Humphrey Gets Torched After Sharing His Horrific Pizza Take 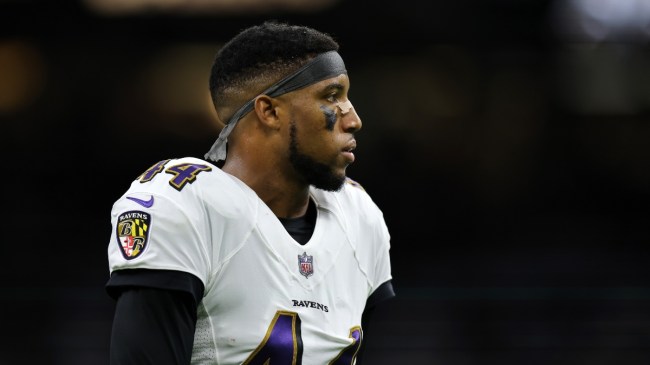 The Baltimore Ravens’ star cornerback Marlon Humphrey usually catches some heat for his takes on Twitter. But this one is absolutely absurd.

At least this guy is a great athlete who probably eats healthy as it is. Otherwise, we’re not sure what he would eat.

For literally no reason at all, Marlon Humphrey attacked pizza on Wednesday. The guy just woke up and chose violence. This is one of the worst takes on food you’ll ever find. What is going on with the Ravens star?

I just don’t understand Pizza lovers. It’s all the same. No such thing as the “best pizza spot” blah blah

I’m wondering if Marlon Humphrey even has taste buds. Does he know these are fighting words in some parts of the country? What pizza is this guy eating? It’s almost as if he’s only ever had Domino’s in his life and assumes all other types and brands taste just like it. At the end of the day, I’m just happy that pretty much everyone is roasting him for this horrific take.

This guy gets it.

Damn Marlo. It definitely is a such thing as “best pizza”. Seasoning the dough the sauce the sauce cheese ratio. Big difference.

This is the only thing that makes sense. Marlon Humphrey might have been born without taste buds.

My man someone intercepted your taste buds.

First the macaroni and cheese. Now, this. It’s never going to happen.

Marlon Humphrey is a menace to society for this take and there is nothing we can do to stop him.