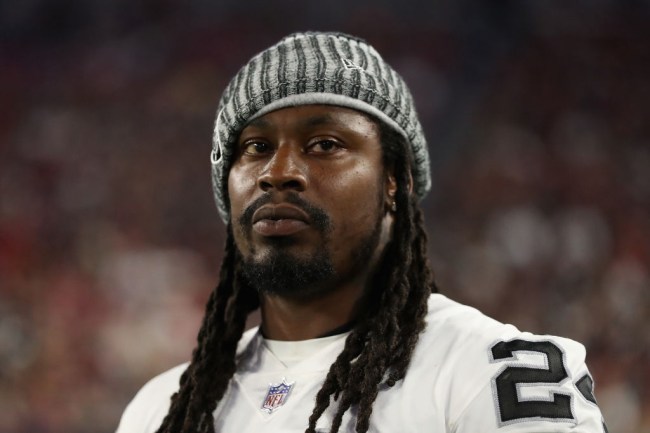 Marshawn Lynch is a national treasure. After surpassing the 100-yard mark for the first time this year as a member of the Oakland Raiders, the mercurial Raiders running back gave the media a legendary excuse on why he couldn’t stick around to talk to them after the game.

“I’m sorry, though, look,” Marshawn Lynch said as he showed reporters a notice from his locker that he had been selected for a random drug test after the game. “It’s either this, or that, and I cant afford that. I apologize. But if you do not understand what this is, it’s when you put your ding-ding sauce out and give them a sample.”

All jokes about “ding ding sauce” aside, Lynch played very well against the NY Giants on Sunday.

The man they like to call Beastmode ran the ball 17 times for 101 rushing yards and scored an electrifying 51-yard touchdown run in the Raiders victory against the Giants.

Despite a slow start to the season, Lynch seems to be picking up some steam for the team’s final stretch of the season. Hopefully Beastmode decides to continue playing next year because he’s one of kind on and off the field.