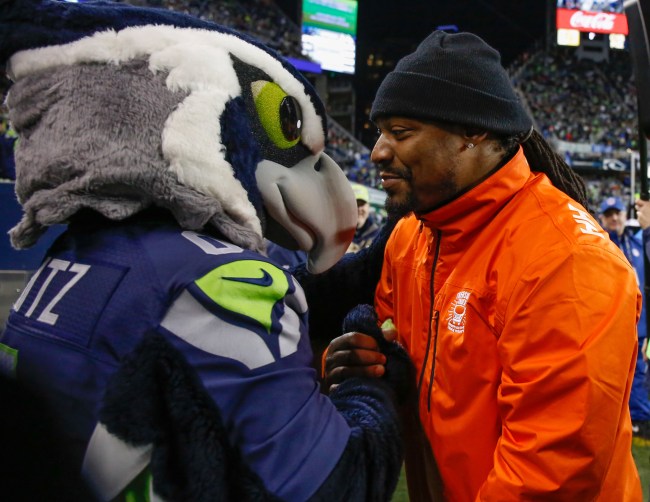 Marshawn Lynch may be returning to the franchise where he won a pair of Super Bowl titles.

Oop, actually I’m sorry [checks notes]. He actually only won one. Says here that Pete Carroll decided to throw the ball on the 3 millimeter-line instead of handing it to their running back who is built like a brick shithouse with a guest room. Woof.

The Seahawks have actually used their running backs this season, so much so that they lost three running backs for the season in the last two weeks, putting themselves in a position where I’m genuinely starting to think I have a shot at the Seattle Seahawks Professional Running Back position I just scrolled by on LinkedIn.

Unfortunately, it appears one potential candidate has more relevant experience.

Marshawn Lynch and the #Seahawks are open to a reunion, and Lynch has told people he plans to travel to Seattle today to discuss it, sources tell me, @MikeGarafolo and @TomPelissero. #BeastMode could be back in Seattle.

(Big deal. I am proficient in Microsoft products and led my JV team in Yards Per Game When Winning By 30 Or More In The Fourth Quarter. Fuck With Me.)

Marshawn is also 33 years old and played just six games last year for the Raiders due to a core muscle injury. I am more youthful and the only injury I’ve had in two years is a hamstring strain from an aspirational sex position.

If you’re asking my opinion (you didn’t), Marshawn Lynch has about as good a chance of returning to the Seahawks as Andy Reid does winning Mr. Olympia.

The only reason I wrote this article was to insert one of the greatest plays of the decade.

I get chills every time I watch this and I can’t even locate Seattle on a map.