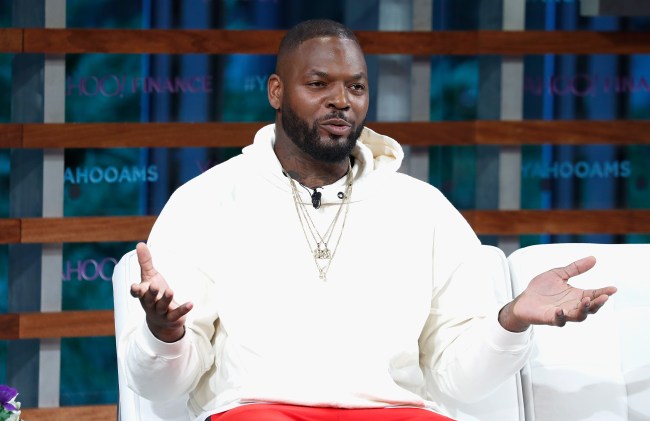 Martellus Bennett is a smart guy, but the former NFL tight end who won a Super Bowl with the New England Patriots and had teased the idea of returning to the club after the franchise acquired Martellus’ brother, Michael Bennett, did something the other day that’s really, really stupid in hie comeback bid. That’s because he posted pictures of him smoking pot on his personal Instagram account, which all but ends any hope of his desire to play.

A week ago, here’s what ESPN’s Adam Schefter tweeted out about Martellus Bennett’s hope to play with his brother, which would make the two the second brother-brother duo on the team, joining the McCourty’s.

Michael and Martellus Bennett always have wanted to play together. Now that the Patriots are trading for Michael, Martellus is interested in coming out of retirement to join his brother in New England, per a source. Then would be the McCourty and Bennett Bros. in New England.

Of course, that all ended when Martellus Bennett posted those IG pics, so take a look at these things, where the former tight end is clearly just hitting a pipe.

Sure, Martellus Bennett could technically still try to make an NFL comeback and deal with any potential suspension handed down by the league, but I’m going to go out on a limb and bet that the New England Patriots aren’t willing to bring in such a distraction. After all, when have we known Bill Belichick to welcome something like this? Not often.

Given the fact Martellus only wants to play with the Pats to live out a dream of playing with his brother, these Instagram pics all but squash that goal. Oh, well, guess the dude can sit on his millions made from his playing career, watch Michael compete for a Super Bowl and smoke all the weed he wants.