Martellus Bennett Fires Off NSFW Response Towards Stephen A. Smith For Criticizing His Statement On NFL Players’ Marijuana Use 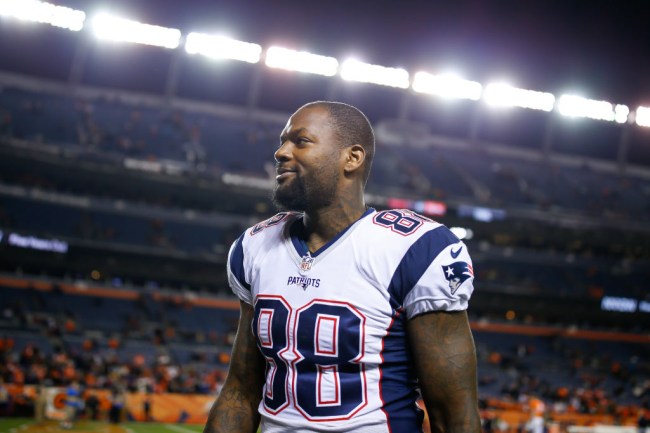 Yesterday, Patriots tight end Martellus Bennett made headlines when he went on the Chris Simms and Adam Lefkoe podcast on Bleacher Report and claimed that 89 percent of players in the NFL smoked marijuana not only recreationally but also for medicinal purposes.

Bennett explained NFL players use it for reasons other than getting high, reasons which have been behind the push by many to allow the use of medical marijuana as an alternative to opioid painkillers and other prescription drugs.

“There are times of the year where your body just hurts so bad,” Bennett said. “You don’t want to be popping pills all the time. There are anti-inflammatory drugs you take so long that they start to eat at your liver, kidneys and things like that. A human made that. God made weed.”

Early this morning ESPN blowhard Stephen A Smith put Bennett on blast for snitching on his fellow NFL colleagues.

Bennett saw Smith’s response and fired back with this NSFW tweet.

Fuck you @stephenasmith all you do is hate on everybody 100% of the time.

Bennett went on to troll the media for taking his quote too seriously.

I guess beer is better to speak on. Can’t wait to crack open a Budweiser 😂😂😂

72% of statistics are made up.