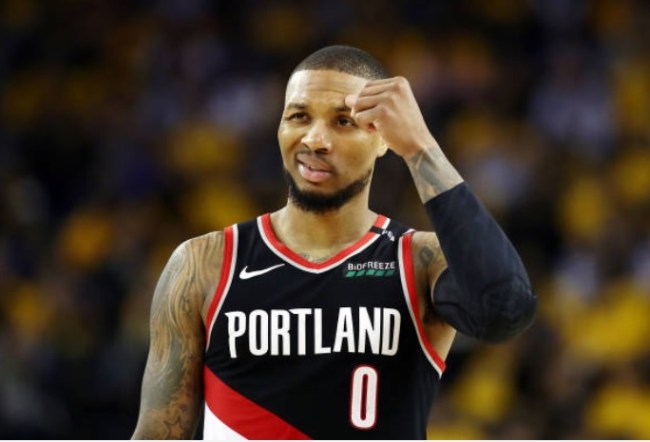 Early this morning on ‘First Take’ Kings forward Marvin Bagley III declared himself the best rapper in the NBA and decided to challenge Blazers guard Dame Lillard to a rap battle.

Are we gonna see Marvin Bagley III and @Dame_Lillard go bar for bar on First Take one of these days?@MB3FIVE is ready whenever :eyes: pic.twitter.com/6bITh8kX86

Lillard saw Bagley’s challenge and immediately responded on Twitter and the beef was on.

I won’t be on first take… but if that’s what he want … shoot https://t.co/povZmf2a3F

That led to Bagley dropping a Dame diss track called “No Debate”.

If they talkin about anybody other than @Dame_Lillard they lyin https://t.co/qNWhmw0MLV

"How a king come to battle knowing the kingdom worthless?"
good lord.

Sacramento 0-1 to start the season.https://t.co/Q6ti3K7Dih

"Your mouth done wrote a check that overdrew yo' checking"

I was being quiet cuz I just rap and enjoy the music bra. But he keep mentioning my name. https://t.co/GZIXQ3OZkp

He sent a track at me first… I was leaving it alone. This my one and only time responding. Back to my album lol https://t.co/3eyfC087hl

This my one and only response … so I did https://t.co/OaSiPUCE2N