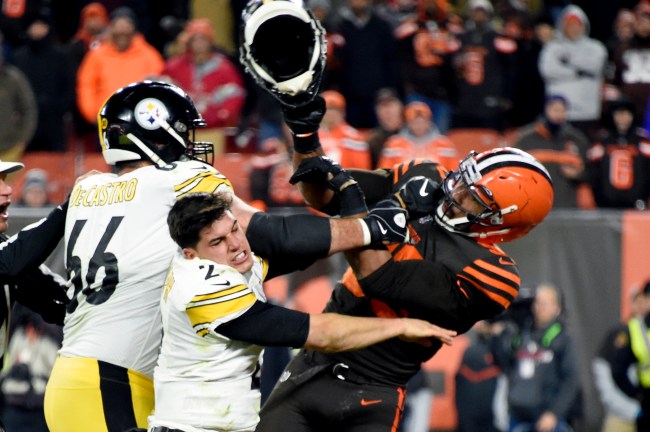 Pittsburgh Steelers quarterback Mason Rudolph may explore legal action against Myles Garrett for continuing to accuse of him of using a racial slur during their on-field altercation last season.

During an ESPN interview with Mina Kimes last week, Garrett claims Rudolph called him a “stupid n-word” which led to him swing a helmet at the Steelers QB.

Myles Garrett sat down with @minakimes to discuss the Week 11 incident that led to his suspension.

He again alleged Mason Rudolph of using a racial slur prior to the brawl. pic.twitter.com/8FUKDbKIg4

Rudolph immediately fired back at Garrett on Twitter by calling him a liar.

I did not, have not, and would not utter a racial-slur.

This is a disgusting and reckless attempt to assassinate my character. https://t.co/mZcEcC0tCl

Rudolph’s attorney Tim Younger took it a step further and claims Garrett “exposed” himself to “legal liability” during his recent interview with ESPN in a statement. 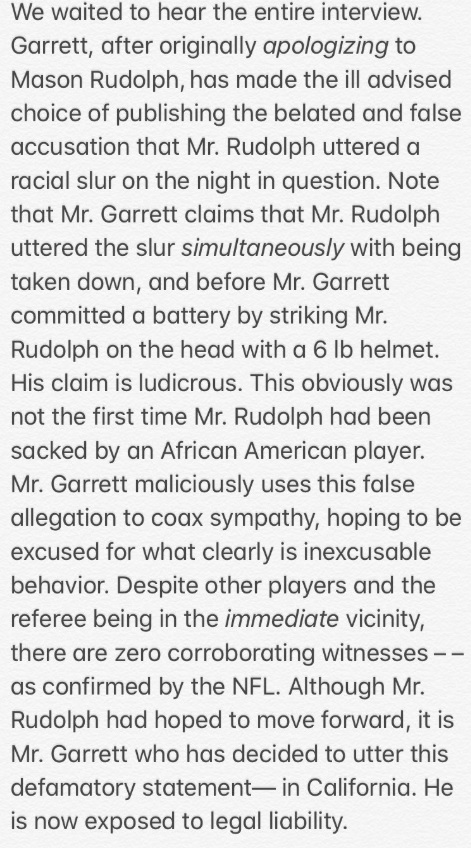 It’ll be interesting to see if Garrett continues talking about the Rudolph situation now that there could be legal ramifications but we’ll have to wait and see what happens.