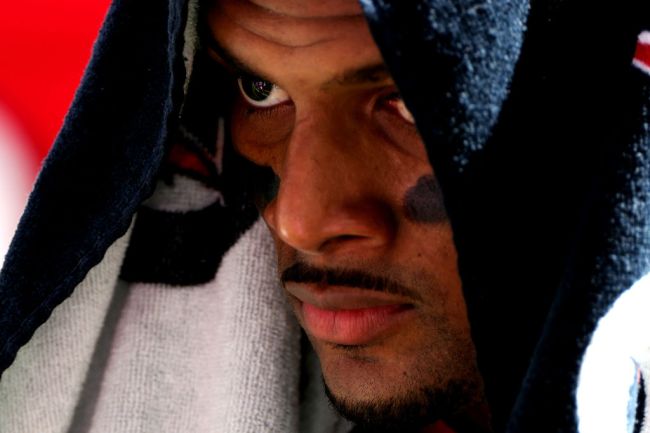 A masseuse going by the alias “Mary” has detailed her experience with Houston Texans quarterback Deshaun Watson. This woman is not one of the women currently suing Watson through Texas attorney Tony Buzbee.

Mary, who spoke with Sports Illustrated under the condition of anonymity to protect her privacy and her business, recalled an experience with the 25-year-old quarterback that sounds similar to those detailed in the 19 civil suits currently filed against Watson.

According to Mary, Watson allegedly “engaged in behavior that was both inappropriate and unlike any other interaction she’s had with any of her more than 1,000 clients” including entirely removing his towel to expose his penis, thrusting his penis in the air as he was getting massaged, and potentially even ejaculating while on the massage table.

Mary also made clear to SI writer Jenny Vrentas that Watson “did not touch her, nor did he force her into conducting any sexual acts”, which is something that’s been alleged in other suits.

She used the oversize towel to drape him until about 45 minutes into the session, when she says he tossed the towel onto the floor, saying it was too itchy. Watson was lying face up on the table, naked and totally uncovered, something Mary says has never happened during any of her other massage appointments.

Watson developed an erection, she says, and also began clenching and slowly “thrusting the air.”

Watson’s behavior indicated to her that “his intentions were different.” She adds, “There was one point that he did tell me that I could move [his penis] if I needed to, and I just completely ignored him.” She took this as a suggestion to touch his exposed penis.

Watson stayed on his back for the entire session. While massaging his abdomen, Mary says she noticed “different fluids on his stomach.” She remembers questioning whether it was really pre-ejaculate, telling herself, This can’t be what I think it is. In the final five to 10 minutes of the session, Mary says Watson began thrusting his pelvis in the air again, this time much faster. “At that point, I recognized it for what it was,” Mary says. [via Sports Illustrated]

In addition to the in-person experience, Mary said she also received Instagram messages from Watson that appeared as though he did not recognize her or their encounter:

In the following months, she says she heard from Watson twice more, via Instagram direct message. Each time he did not seem to realize that he’d previously booked with her. SI reviewed these messages, sent from Watson’s verified Instagram account, as part of the process to corroborate Mary’s account.

At this point, all of the suits against Watson — who maintains his innocence, stating that he has “never treated any woman with anything other than the utmost respect” — are civil, not criminal.

As for why Mary is sharing her story despite not being involved in the lawsuits, she said she just wants “a genuine apology, for us and our community, for putting us in these situations where we don’t know what to do.”