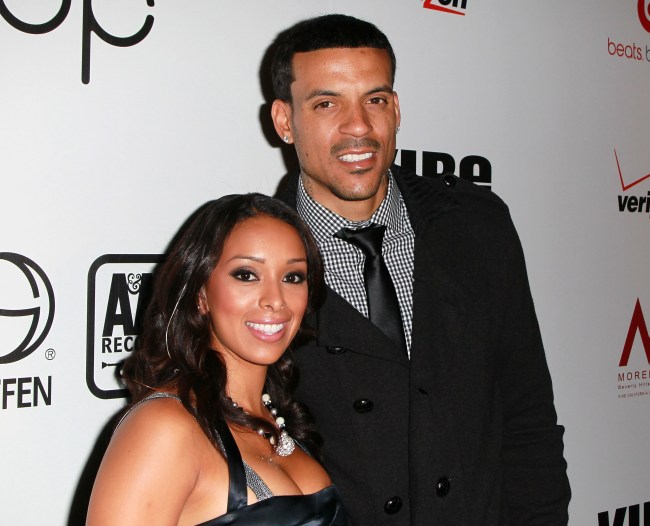 It’s been over three years since Matt Barnes and his ex-wife Gloria Govan split up. By all accounts, it was less than amicable.

Barnes physically attacked Derek Fisher in 2015 upon learning that his former teammate was dating his estranged wife. For the entire year of 2016, Barnes was reportedly paying Govan $20,000 per month in spousal support (while she was dating Fisher) and must pay $10,000 per month for each of their twin boys until they’re 18.

Since their less than two year marriage officially ended in 2016, they’ve failed to keep a lid on their mutual disdain for each other. This was evident yesterday when Barnes posted an odd Happy Birthday tribute to the mother of his children. It sounds like someone had a gun to his head.

It did not end well.

Barnes has had a tough time mending the wounds of a love lost. Judging by Gloria’s Instagram, she and Derek seem over-the-moon happy.

We must also not forget back in December of 2016, while Barnes was paying Gloria $20K a month and she was dating Fisher, his Sacramento Kings visited Madison Square Garden to take on Fisher’s Knicks. During the waning moments of the game with the Knicks victory in the bag, chants of ‘Derek Fisher’ rained down on Barnes as he inbounded the ball. Barnes finished the game with 2 points on 1-for-11 shooting.

Hopefully Barnes can find love too soon so these petty fights on social media can end. Or not, which is fine by me.