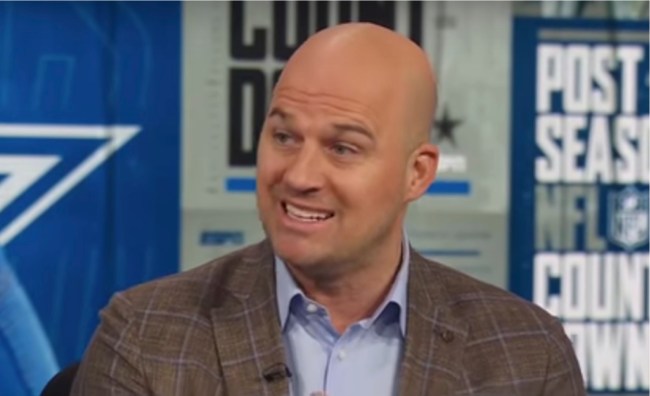 Matt Hasselbeck, 43, had a pretty good NFL career during his 17 years. Not only did the guy earn a couple Pro Bowl visits, but he helped guide the Seattle Seahawks to Super Bowl XL, too, which is probably the crowning moment of his playing days — which ended back in 2015.

Now an analyst for ESPN on Sunday NFL Countdown, Hasselbeck has shifted his football playing days to football talking, where he’s able to safely sit up on set without fear of getting nailed by some 300-pound defensive lineman coming at him. But, according to the former quarterback, that could have changed this year.

That’s because, per an article by Kevin Clark for The Ringer about quarterbacks like Tom Brady and Drew Brees excelling so late in their careers, Matt Hasselbeck claims that one contending team reached out to him, asking if he was “in shape and available to sign.” Remember, this dude is F’in 43 years old, guys.

The quote came after Matt Hasselbeck detailed the reason why he eventually called it quits. According to the current ESPN personality, one of the factors for retiring was a nasty hit to the jaw from Houston Texans linebacker Whitney Mercilus. Here’s how Hasselbeck details the impact of that hit in The Ringer piece.

“I wasn’t eating solid food for a couple of weeks,” he said. “They tested me for a concussion. It wasn’t, but I couldn’t hear out of my right ear. I hurt a joint near my ear. So you get rid of those crown-of-the-helmet hits. You get rid of the full body weight falling on a player.”

Not being able to hear out of your right ear? Uh, yeah, that sounds miserable, so it’d make me rethink my profession when 40 years old, too.

While the NFL has become a passing league, with rules that cater to throwing the ball, there are still lots of quarterbacks out there who are pathetic at their job. For every Tom Brady, Drew Brees or Ben Roethlisberger — older players still seeing success — there’s a Nathan Peterman, Blake Bortles or Jameis Winston. So, the fact that a 43-year-old Matt Hasselbeck even got a call speaks to the poor play from a good amount of signal-callers. It also seems like another example for Colin Kaepernick to prove that NFL teams have definitely colluded against him, deciding to go call a 40-something guy who has a job on TV and not the former San Francisco 49ers quarterback.

Unfortunately, we don’t know which team reached out to Matt Hasselbeck, but the fact that they inquired about a 43-year-old seems pretty ridiculous.